5 things Darwinists fear and why they fear them 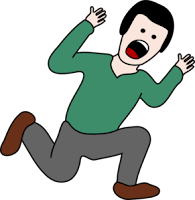 What are the 5 things that Darwinists most fear and why do they fear them?

How can the many weaknesses of Darwinism and the vulnerabilities of Darwinist strategies and tactics be be exploited?

"To be certain to take what you attack, attack where the enemy cannot defend." - Sun Tzu

Developing an integrated system and plan for attacking evolutionary belief requires examining the Darwinist opposition to determine their greatest vulnerabilities.

The five things Darwinists most fear

1. Creationist reaching young people and inoculating them against evolutionary indoctrination.

Darwinists want to reach young people first and have made a concerted effort to get into schools and engage in evolutionary indoctrination. Generally speaking, it is often more difficult to change people's minds once they have formed an opinion due to human stubbornness and pride. Therefore, given the fact that Darwinian ideology is not supported evidence and sound argumentation, it is vital for Darwinist to reach young people first.

This is why the Question Evolution! Campaign must develop quality  material for young people. In addition, we are going to work with international, national and locale groups which have Bible clubs in public schools, private schools, churches, etc. In addition, creation clubs in schools would be a great asset to the campaign.

Darwinists loathe the fact that biblical creationism is prevalent in America which is a very technologically advanced country.  This unpleasant fact is in direct opposition to their propaganda that Darwinism is necessary for scientific and technological progress. In addition, it must gall evolutionists that creationism is growing in America as well.

More importantly, evolutionists know that America is a land of immigrants with many ties across the globe and America has spawned worldwide social movements. In addition, America has a high per capita income relative to many countries and American creationists can fund creation evangelism in the United States and abroad.

The Birkbeck College, University of London professor Eric Kaufmann wrote in his 2010 book Shall the Righteous Inherit the Earth? concerning America:

High evangelical fertility rates more than compensated for losses to liberal Protestant sects during the twentieth century. In recent decades, white secularism has surged, but Latino and Asian religious immigration has taken up the slack, keeping secularism at bay. Across denominations, the fertility advantage of religious fundamentalists of all colours is significant and growing. After 2020, their demographic weight will begin to tip the balance in the culture wars towards the conservative side, ramping up pressure on hot-button issues such as abortion. By the end of the century, three quarters of America may be pro-life. Their activism will leap over the borders of the 'Redeemer Nation' to evangelize the world. Already, the rise of the World Congress of Families has launched a global religious right, its arms stretching across the bloody lines of the War on Terror to embrace the entire Abrahamic family.

For more information please see:  Why our Question Evolution! group is initially focusing on America and Canada

3. The growth and spread of international creationism 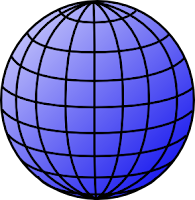 Darwinists and atheists are very much into control.  Freedom of inquiry is toxic to evolutionary belief.

Biblical creationism and the distribution of anti-evolution material has gone global. This very much disturbs evolutionists as Darwinists in a given  locale community have little to no control over people in other countries.

Also, no country is an isolate island  in the information age. Through global communication and immigration a countries culture and ways of thinking will be influenced to some degree.

Professor Eric Kaufmann declared to a secular audience in a lecture entitled Shall the religious inherent the earth: "The trends that are happening worldwide inevitably in an age of globalization are going to affect us."

5. Evidence that global atheism and agnosticism are shrinking and unsustainable. The inevitable collapse of Darwinism

Evolutionary story telling and secular ideologies often involves fantasy thinking such as slime pulling itself up by its bootstraps, mankind building some utopian future and visions of the inevitability of secular ideology growing and flourishing in the future and creationism slowly fading away.

Of course, things like: world empires failing in history; multiple human ideologies being discarded in history;  global atheism and agnosticism shrinking; theologically conservative Christianity/creationism exploding in adherents around the world; creationism growing in the West and secularism not being sustainable in the West due to multiple trends are big elephants in the rooms of evolutionists. See: Negative trends for evolutionism, atheism and agnosticism and the growth of global Christianity/creationism

Eric Kaufmann using a multitude of demographic studies argues in an academic paper entitled Shall the Righteous Inherit the Earth? Demography and Politics in the Twenty-First Century the decline of atheism in terms of its global adherents is an established trend that will persist for the foreseeable future and the rate of decline will accelerate.

See: Growth of creationism and decline of global atheism and agnosticism

It is very important to exploit the weakness of Darwinism and how it is promoted and our group has developed a systematic plan to combat Darwinism.

"What is of supreme importance in war is to attack the enemy's strategy." -  Sun Tzu.

Join us in attacking Darwinism at its weakest points

There has never been a more excellent time to get involved in a grassroots anti-evolution campaign. World Darwinism is growing weaker by the day.

Get involved in the Question Evolution! Campaign and help us spread the 15 questions for evolutionists.

Posted by 15 questions for evolutionists at 6:08 PM