Question Evolution! Campaign and the Philippines

A biblical creationist by the name of Jessie who lives in the Philippines and has a masters degree in environmental studies is translating the Question Evolution! Campaign and its 15 questions for evolutionists into the Cebuano language which has 20 million speakers.

According to the web traffic tracking company Quantcast, currently Creation Ministries International's website (Creation.com) sees 1,283 unique visitors a month from the Philippines and this geographic area is currently under served by Creation Ministries International's website in relation to a typical website. Specifically, the average website sees about 7% more visitors from the Philippines than Creation.com. So there is certainly room for improvement and future growth.

Jessie is very excited about the campaign and no doubt his infectious enthusiasm and the grace of God will make the Philippines a successful creation evangelism mission field for the Question Evolution! Campaign and other initiatives of Creation Ministries International. Go Jessie! Our prayers are with you.

For readers who want to know more about the Philippines, below is a video of their national anthem.

Email ThisBlogThis!Share to TwitterShare to FacebookShare to Pinterest
Labels: Question evolution campaign and the Philippines

The pièce de résistance of questioning évolution is arriving shortly. The Question Evolution! Campaign and its 15 questions for evolutionists is in the process of being translated into French.

Pierre-Paul Grassé, who served as Chair of Evolution at Sorbonne University for thirty years and was ex-president of the French Academy of Sciences, wrote:


Through use and abuse of hidden postulates, of bold, often ill-founded extrapolations, a pseudoscience has been created. It is taking root in the very heart of biology and is leading astray many biochemists and biologists, who sincerely believe that the accuracy of fundamental concepts has been demonstrated, which is not the case....

Today, our duty is to destroy the myth of evolution, considered as a simple, understood, and explained phenomenon which keeps rapidly unfolding before us. Biologists must be encouraged to think about the weaknesses of the interpretations and extrapolations that theoreticians put forward or lay down as established truths. The deceit is sometimes unconscious, but not always, since some people, owing to their sectarianism, purposely overlook reality and refuse to acknowledge the inadequacies and the falsity of their beliefs. - Pierre-Paul Grassé, Evolution of Living Organisms (1977), pages 6 and 8

Ye sons of France, awake to glory,
Hark, hark! what myriads bid you rise!
Your children, wives and white-haired grandsires.
Behold their tears and hear their cries! (repeat)
Shall hateful tyrants, mischiefs breeding,
With hireling hosts, a ruffian band,
Affright and desolate the land,
While peace and liberty lie bleeding?

Posted by 15 questions for evolutionists at 12:31 AM No comments:

Cemeteries are full of people who scoffed at the notion that "speed kills". Well it turns out that the rickety ideology of evolutionary belief is unable to withstand the stresses and hazards of high speed superhighways as can be seen below.

Another highway unsafe for evolutionary belief: 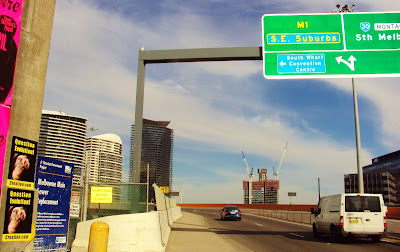 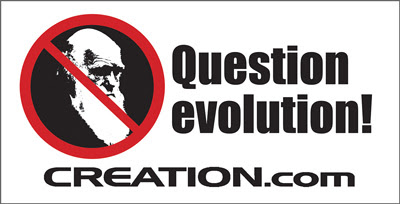 2,000 Question Evolution! tract order and soon an enormous and hungry school of creationist piranha will begin devouring Darwinism
Posted by 15 questions for evolutionists at 4:10 PM No comments:

Is another major audience shrinking and putting evolutionary belief behind the 8 ball?

First, people started leaving liberal evolution preaching churches in mass numbers in the Western World. Then, atheism started shrinking in the world and global Christianity started exploding in its number of adherents in the world. Then, to make matters even worse for the sustainability of evolutionary belief, conservative churches are growing in the United States, the UK and in the world at large. References are given below for these various pieces of bad news for evolutionists plus we have done previous posts on this matter.

Now if all these developments were not bad enough for evolutionism, Creation Ministries International launched the Question Evolution! Campaign with its 15 questions for evolutionists.

I know what you're thinking evolutionists. What more could possibly happen to insure the eventual collapse of Darwinism? What unseen initiatives does Creation Ministries International or our Question Evolution Campaign group have planned to relentlessly chip away at evolutionary belief?

Well, a final nail is being driven in the coffin of evolutionary belief and it is really going to put evolutionists behind the 8 ball. 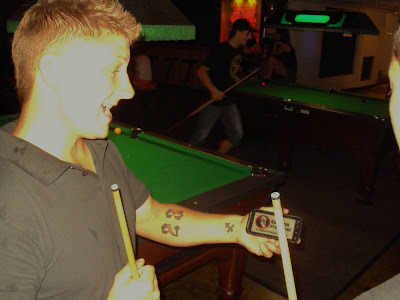 Voting with their feet

Atheism
Posted by 15 questions for evolutionists at 3:09 PM No comments:

If you want to stay an evolutionist, don't go to South Melbourne, Australia

Are you an evolutionist? If you want to stay an evolutionist, I wouldn't go vacationing in South Melbourne, Australia if I were you! See the picture below!

Question: Did Richard Dawkins take a rent a car to go to the 2012 Global Atheism Convention in Melbourne, Australia? Did he question his evolutionary beliefs? One thing for sure and that is that Richard Dawkins cannot answer the 15 questions for evolutionists of the Question Evolution! Campaign.

Evolutionist, remember the last time that Creation Ministries International stumped Richard Dawkins? (See: IS RICHARD DAWKINS REALLY STUMPED? The TRUTH - In His OWN WORDS - YES...he is!). 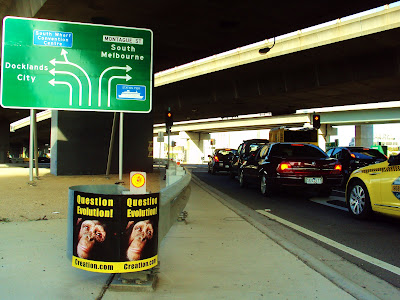 Posted by 15 questions for evolutionists at 11:16 PM No comments:

On your way home, don't forget to question evolution!

Evolutionist, on your home don't forget to question evolution! 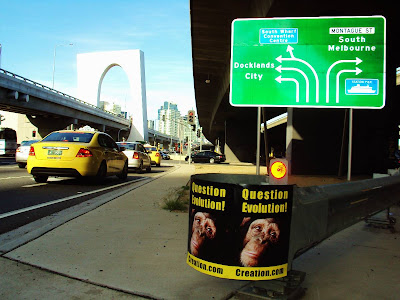 Imagine a dogmatic evolutionists in a traffic jam, questioning evolution for hours!

Evolutionists, don't forget to call your mom today! You promised to call her more often, remember? Go to the nearest pay phone and call her. Hurry! 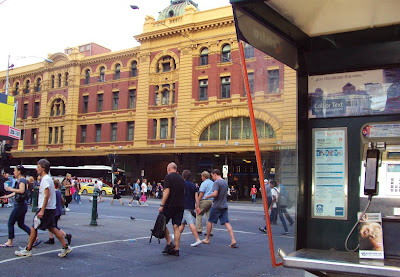 Questioning evolution! in the streets

In the next 60 days, our Question Evolution! Campaign group and other people involved in the campaign are going to release many easy to implement ways to spread the campaign and its in 15 questions for evolutionists in local communities, nationally and on the internet.

Here is a taste of things to come plus we have a few Creation Ministries International articles on creation evangelism directly after the pictures: 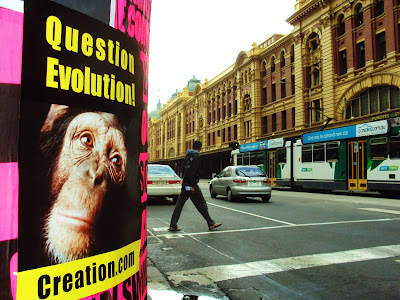 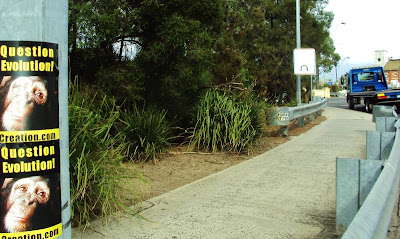 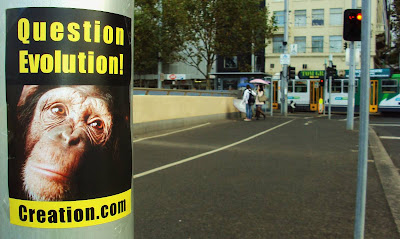 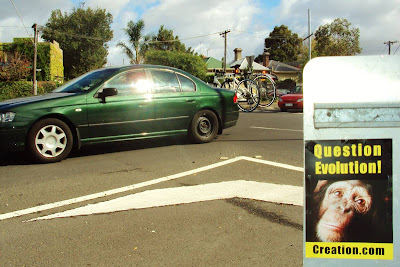 Taking creation evangelism to the streets

Creation: A timely tool for evolutionists

2,000 Question Evolution! tract order and soon an enormous and hungry school of creationist piranha will begin devouring Darwinism
Posted by 15 questions for evolutionists at 10:26 PM 1 comment:

On April 6, 2012, we did a post entitled The ladies still dislike evolution and atheism, but they love the Question evolution! campaign.

Now that we conclusively proved that the ladies still dislike evolution and atheism, but they love the Question Evolution! Campaign and its 15 questions for evolutionists, we now will prove that tall ladies very much question the tall tales of evolutionists. 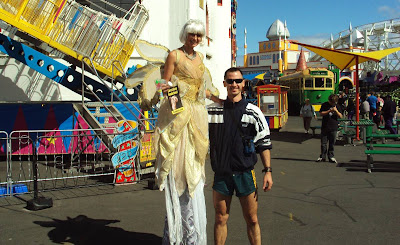 Posted by 15 questions for evolutionists at 4:11 AM No comments:

The ladies still dislike evolution and atheism, but they love the Question evolution! campaign

Only 3 out of 51 women in the 2011 Miss America contest thought that evolution should be taught as it is now. Most thought it should not be taught or that biblical creation and evolution should both be taught as options. In addition, surveys consistently show that most women dislike atheism. Can you blame them? Besides the ugliness of atheism itself, atheists are not exactly fantastic ambassadors for atheism. For example, in 2010, the The Telegraph ran a story with the byline "Professor Richard Dawkins is embroiled in a bitter online battle over plans to rid his popular internet forum for atheists of foul language, insults and 'frivolous gossip'."

The argument from beauty for God's existence and the exquisite designs in nature are no doubt quite alluring arguments to beauty contestants and the fairer sex!

On the other hand, evolutionary nonsense with its millions of missing transitional fossils and its bizarre ideas like Goldschmidt's Hopeful Monster Theory is quite inelegant to the ladies. Ladies often dislike monsters, but many love Jesus and think His creation is filled with beauty.

Well, it comes as no surprise that many women love the Question Evolution! Campaign and its 15 questions for evolutionists too as can be seen in the pictures below.


LOVE THESE QUESTIONS!!! Like I'm in Physical Geography and Logic & Critical Thinking classes, and the teachers always mention something that either directly﻿ or indirectly refers to evolution. I may bring a copy of these with me to my classes from now on... 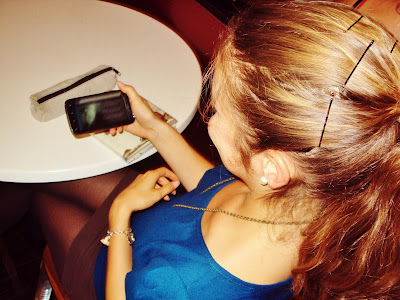 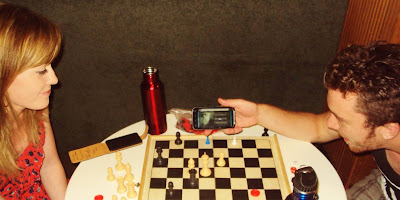 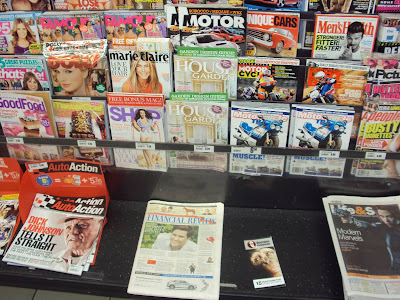 Evolutionists, can you answer the 15 questions for evolutionists? If not, why not? We both know that amoeba to man evolution is merely window dressing for your refusal to be under biblical authority, don't we? See: Why do dogmatic evolutionist push evolution? 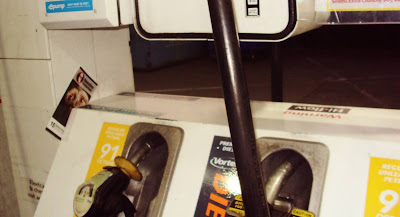 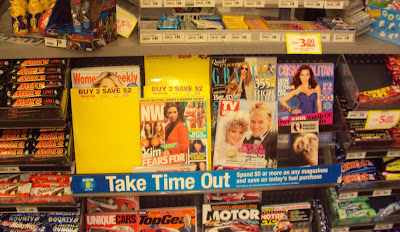 They are teaching lies to our kids

Email ThisBlogThis!Share to TwitterShare to FacebookShare to Pinterest
Labels: creation evangelism and the Question evolution campaign

"Science...is supposed to be an objective enterprise, with common criteria of procedure and standards of evidence that should lead all people of good will to accept a documented conclusion...

But I would reject any claim that personal preference, the root of aesthetic judgment, does not play a key role in science...our ways of learning about the world are strongly influenced by the social preconceptions and biased modes of thinking that each scientist must apply to any problem. The stereotype of a fully rational and objective 'scientific method,' with individual scientists as logical (and interchangeable) robots, is self-serving mythology. Historians and philosophers of science often make a distinction between the logic and psychologic of a scientific conclusion-or 'context of justification' and 'context of discovery' in the jargon…

The myth of a separate mode based on rigorous objectivity and arcane, largely mathematical knowledge, vouchsafed only to the initiated, may provide some immediate benefits in bamboozling a public to regard us as a new priesthood, but must ultimately prove harmful in erecting barriers to truly friendly understanding and in falsely persuading so many students that science lies beyond their capabilities...the myth of an arcane and enlightened priesthood of scientists....

T.S. Kuhn referred to the shared worldview of scientists as a paradigm (see his classic 1962 book, The Structure of Scientific Revolutions). Such paradigms, in Kuhn's view, are so constraining, and so unbreakable in their own terms, that fundamentally new theories must be imported from elsewhere (insights of other disciplines, conscious radicalism of young rebels within a field) and must then triumph by rapid replacement (scientific revolution), rather than by incremental advance."

Today being April 1st, which in the USA is “April Fool’s Day,” it seemed quite relevant to present the following, quotation from Do-While Jones, “Death and Taxonomy,” Science Against Evolution website: