Baylor University did a study showing that irreligious people and theologically liberal people were significantly more superstitious than evangelical Christians. Another study also confirmed this matter. You can read about this matter in the Wall Street Journal article: Look Who's irrational now

In addition, atheists, agnostics and theologically liberal individuals are significantly more likely to believe in evolution.

Since I am a Bible believing young earth creationists, it should came as no surprise to people that I personally don't have a superstitious bone in my body. I could break mirrors and walk under ladders all day long and not break a sweat.

Yet, no matter how hard I try to convince atheists, agnostics and Darwinists not to be superstitious, I know it is going to happen many times anyways.

With the superstitiousness of Darwinists in mind, below are 13+ very "unlucky omens" that Darwinism is doomed and all the rabbit's foots, four-leaf clovers and horseshoes in the world are not going to change this fact.

1. The best evidence points to global atheism and agnosticism shrinking in the world while global Christianity and creationism is seeing significant growth. Theologically liberal churches are shrinking while many theologically conservative churches are growing

3. Theologically conservative Christianity and creationism is growing quickly in various Western nations, in Latin America, in Asia and in Africa.

4, The shrinking of global atheism/agnosticism will affect Western agnosticism/atheism in an age of globalization (immigration, global communication and travel, etc.)

5. The decline of global atheism/agnosticism is expected to accelerate.

6. Evangelical Christians are making rapid advances in internet evangelism (Global Media Outreach in 2011 did 149 million gospel presentation via the internet). Prominent atheist websites have seen big drops in traffic in the last 5 years.

7. Christian creation evangelists are communicating with their internet evangelism brethren with a goal of dramatically increasing creation evangelism on the internet and through offline methods. In addition, a plan has been developed to help accelerate the global decline of atheism/agnosticism and the continued rapid growth of global Christianity and creationism. Atheists and agnostics have no plan to reverse their global decline in adherents.

9. In the general population, a recent study suggests that most people believe in evolution based on a "gut feeling". On the other hand, Christianity has an abundant amount of excellent evidence supporting it. See: Evidence for Christianity

10.  After experiencing Darwinist harassment in the recent past, creationists who are growing in power (due to higher fertility rates, immigration and evangelism) will pull the plug on evolutionism being promoted in public schools. In addition, in an era of many governments being strapped for cash, more and more primary, secondary and higher education schools will be privatized and many of these schools will be run by religious organizations. In addition, given that private schools are on average less costly to run, there will be more vouchers and charter schools which will increase religious schooling hostile to Darwinism. Also, many schools will have less funds to launch frivolous lawsuits against creationist students.

11. China which has the largest population of atheists is seeing an explosive growth of Christianity in the both the countryside and in urban centers

12. European creationism is growing and secular Europe is having significant economic problems and could turn to God for answers

13. Creation scientists tend to win the creation vs. evolution debates.  Evolutionists are unable to satisfactorily the 15 questions for evolutionists of the Question Evolution! Campaign.

For details please see: Comprehensive look at the decline of evolutionism, atheism and agnosticism and the rise of global Christianity and creationism

What does the historical record say about how fast secularism can collapse in countries?

Accelerating the rise of global creationism

Don't blame these 13+ grim events for Darwinism on this black cat Darwinists!

Don't blame the 13+ grim events on this black cat Darwinists. You should have embraced logic and rejected evolutionary quackery long ago! 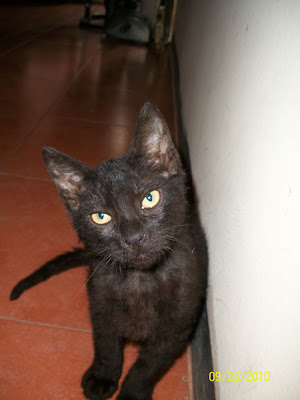 Shall the Religious Inherit the Earth?

Peter Berger on Secularism and Relativism

Posted by 15 questions for evolutionists at 9:46 PM

Email ThisBlogThis!Share to TwitterShare to FacebookShare to Pinterest
Labels: decline of agnosticism, decline of atheism, rise of global creationism