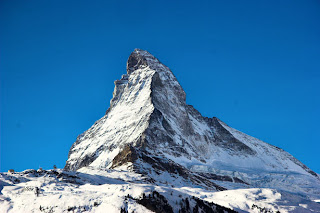 The new year is rapidly approaching. Accordingly, it is time for our Question evolution! campaign to chart out our group's vision for 2012. Simply put, we want to help make 2012 the worst year in the history of Darwinism. More specifically, in the Western World we want to help make 2012 a pivotal year as far as the expansion of creation evangelism. Our goal is to help our fellow creationists increase the percentage of the Western World population which holds to a biblical creation worldview which should aid Christian evangelism.

That's a pretty big goal isn't it? The Christian writer and mountain climber John Noe wrote: "High achievers make no small plans". If our Question evolution! campaign group wants to go from summit to summit of achievement in the creation vs. evolution arena, we are certainly not going to do it though the setting of small goals. The setting of small goals may be satisfying to an evolutionist and an atheist, but certainly Christians have a higher calling. Feeble goal setting is fitting for passive and apathetic evolutionists, but not for Bible believing Christians. In 2012, our group desires to soar like eagles and make evolutionary dogma our prey.

Our first order of business in 2012

God willing, some of the things our group want to accomplish in 2012 are:

1. There are over 170 creationist groups for us to contact in the countries Creation Ministries International (CMI) has offices in (United States, Canada, UK, Australia, New Zealand, South Africa and Singapore). In addition, we want to contact prominent creationists in India (According to the web traffic company Alexa, CMI has 3.5% of its web traffic coming from India). These organizations are excellent candidates for the Question evolution campaign.

3. Spread the campaign on the internet through Christian blogs, Christian websites, Christian news organizations and other websites friendly to our cause.

5. Create educational materials for young people and others based on the 15 questions that evolutionists cannot satisfactorily answer

Our Question Evolution! group's plans for 2012

Atheism
Posted by keepquestioningevolution at 3:17 PM