Making 2013 be the WORST year in the history of evolutionism, atheism and agnosticism - a quick introduction 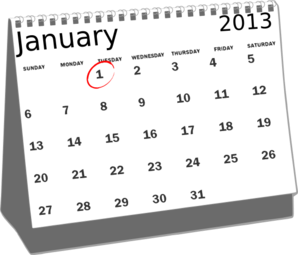 2013 is quickly approaching. So it is time for our Question evolution! campaign to chart out our group's vision for the coming year. 2012 was a very bad year in the history of Darwinism - just like predicted!  See our article 2012 has been a very BAD year for Darwinism and atheism just like we predicted!

As a result, we want to keep the momentum going! We want to make 2013 the worst year in the history of evolutionary belief, atheism and agnosticism!

Other Christians may slow down during the upcoming holiday season! We are pouring it on! Would the Apostle Paul be bogged down with turkey, gravy, holiday hams and excessive consumerism? No! And neither will we!

"Do you not know that those who run in a race all run, but only one receives the prize? Run in such a way that you may win." - Apostle Paul

2012 was a BAD year for evolutionism, atheism and agnosticism 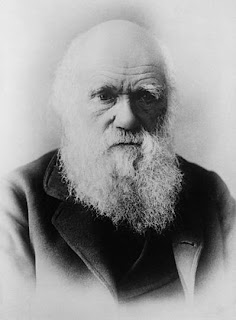 2. How badly Darwinism, atheism and agnosticism  are doing in terms of public interest, adherents and internet presence. See: Global decline of atheism/agnosticism and the rise of Christianity and Decline of internet atheism

3. Why evolutionism is an intellectual wasteland based on gut feelings and rebellion to biblical authority. See: 15 questions for evolutionists and Evolutionary gut feelings, "Belief in Evolution Boils Down to a Gut Feeling" and Why is evolution pushed by dogmatic evolutionists?

5. The activities of Creation Ministries International and other Christian/creationist organizations.

Making 2013 be the WORST year in the history of evolutionism, atheism and agnosticism

So how many alliances and internet alliances can Creation Ministries International create through engaging in internet evangelism, creation evangelism and promoting the Question Evolution! Campaign via its  15 questions for evolutionists web page and other resources which are developed.

In our 12 point plan for accelerating the growth of Christianity and the decline of global atheism, agnosticism and evolutionism we wrote:

Work with Christian groups, such as Christian ministries which have some focus on Christian evangelism, the evolution/atheism issue, defending Christianity, Christian maturity, etc. and co-develop initiatives to spread Christianity faster and help cause evolutionism/atheism to decline faster.

In addition, establish mutually beneficial relationships where we distribute each others material. For example, linking to each other websites, emails, etc. Through teamwork and creating synergistic initiatives many times a lot more can be accomplished.

I did some quick research on this matter today and found how many websites are citing various popular Christian websites which have a biblical Christianity outlook via linking to their websites. Christians helping each other spread our various messages is important as various ministries have different focuses/specialties.


Below is the web traffic figures of the top 5 websites above according to Compete.com:

• Shared the Gospel with more than 150 million people

• With 2,550,732 requesting follow-up from one of our 7,588 trained volunteer online missionaries

In the last 5 years, Christians have been a lot more active on the internet. Websites like Biblegateway.com and Christianpost.com have done an outstanding job of creating useful content and aggressively promoting their websites among Christendom. They are seeing millions of visitors a month to their websites.

It is time for believers in biblical creation to aggressively get their message out within Christendom and throughout the world!  The author John Noe said "High achievers make no small plans".  Creationist must have big plans if we are going to extinguish evolutionary belief in the quickest manner possible. Biblegateway.com  had big plans and creationist should have big plans too. Biblical creationist definitely need as many Christians and Christian websites helping them to enthusiastically spread their message. Imagine the power of many Christians sharing the Question Evolution! Campaign with others.

Our Question Evolution! Campaign is definitely going to tell a lot of Christians and Christians website owners about the ministry of Creation Ministries International and its various initiatives including the 15 questions for evolutionists. One effective way to defeat Darwinism is to inoculate Christian young people against evolutionary indoctrination.

"If we dedicate ourselves over and over again to the goal of climbing one peak to the next…resisting the urge to become discouraged by the task-every one of us can become a high achiever." - John R. Noe

Making 2013 the worst year in the history of evolutionism, atheism, agnosticism - Part 2

Making 2013 be the WORST year in the history of evolutionism, atheism and agnostiism - Part 2 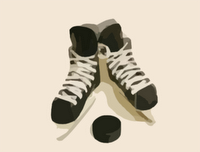 My favorite coach of all time is Coach Herb Brooks who coached the 1980 United States Olympics Hockey team which prevailed over the Soviet team.  Sports Illustrated said of the game: "It may just be the single most indelible moment in all of U.S. sports history". Brooks was innovative, shrewd, hard working and very mental tough. The movie Miracle is a very inspiring movie.

My favorite lines of Coach Brooks in the movie Miracle, which were based on interviews with people who knew Herb Brooks were:

"We also need to change the way we play the game. My plan is to adopt a new style.
A hybrid of the Soviet school and the Canadian school. A combination that requires the highest level of conditioning, speed, creativity, and most of all, team chemistry."  - Coach Herb Brooks in the movie Miracle

Concerning playing against the Soviet Team: "But I also know there is a way to stay with this team. You don't defend them. You attack them! You take their game and you shove it right back in their face. The team that is finally willing to do this is the team that has a chance to take them down. The NHL won't change their game, we will. The rest of the world is afraid of them. Boys, we won't be. No one has ever worked hard enough to skate with the Soviet team an entire game. Gentlemen, we are going to work hard enough."  - Coach Herb Brooks in the movie Miracle

" Win, lose or tie. You are going to play like champions." - Coach Herb Brooks in the movie Miracle  Believers in biblical creation are going to have to innovative, hardworking and mental tough if we want to end Darwinism in the quickest manner possible.  We are going to have make sacrifices.

Christianity has conquered many false religions and ideologies in its history. We know that Darwinism, atheism and agnosticism are weak ideologies and their influence is growing weaker. 2012 was a very BAD year for Darwinism and atheism.   We also know that these secular ideologies are expected to shrink at an accelerated rate. So let's pour the pressure on by promoting Christianity and biblical creation. 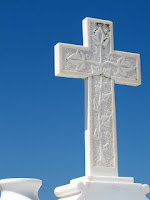 We believe we have developed a sound 12 point plan for helping Christianity rapidly expand and for shrinking evolutionism, atheism and agnosticism.

12 point for accelerating the growth of Christianity and the decline of global atheism, agnosticism and evolutionism

Making 2013 be the WORST year in the history of evolutionism, atheism and agnostiism - Part 2

Get involved in the Question Evolution! Campaign and spread its 15 questions for evolutionists. Tell people about Creation Ministries International. An exciting ministry which engages in  internet evangelism, creation apologetics, Christian apologetics (general defenses Christianity) is being born.

Related articles on our blog

Global decline of atheism and the rise of global creationism. Information on the Question Evolution! Campaign!

Creation Ministries International is inoculating young people against Darwinism. Let's break the back of Darwinism!

Source of picture: http://commons.wikimedia.org/wiki/File:Enchoen27n3200.jpg
Posted by 15 questions for evolutionists at 12:59 AM