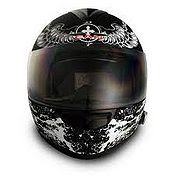 It is rumored that the popular Christian YouTube channel Shockofgod is hosted by a Hispanic Bible believing Christian who lives in the United States.

Atheists, after reading this article The writing is on the wall: Godless progressivism will not be dominant in America's future, I want you to imagine a YouTube chock-full of Shockofgod like Christian channels!  It's coming and it will be glorious!   Yes, my atheist friends, atheism is going from a squeak in the United States to just a half a squeak!

My challenge to evolutionists and atheists

Atheism's future not bright at all

Ex-atheist shares why he left the lie of Atheism

Latin America and the history of Darwinism

Posted by 15 questions for evolutionists at 1:53 PM No comments: Links to this post

Godless progressivism will not be dominant in the USA's future

Consider this excerpt about the new dominance of Spanish television in the USA:

This summer, there's a new No. 1 among television viewers aged 18 to 49: For the fourth week in a row, the Spanish-language network Univision has won the primetime ratings contest for this coveted demographic, as well as the 18 to 34 cohort. It's Univision's first top finish in a sweeps month; the network previously beat NBC to come in fourth in the critical February sweeps period...

Indeed, at a time when ABC, CBS, NBC and Fox are mostly airing repeats -- though "the Big Four have increased their original output this summer," notes Variety's Rick Kissell -- Univision's all-new lineup is a more attractive proposition for many viewers.

Evangelicalism has traditionally held to the authority of the Bible and thus biblical creationism as well.

Given the historic immigration from Latin America to the U.S, consider this report about evangelicals, proselytizing and Latin America: 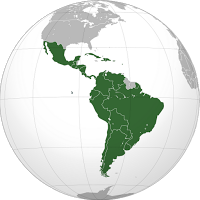 Evangelicals, including Pentecostals, neo-Pentecostals, and other non-mainline Protestant denominations, such as Baptists, are the fastest growing world religion by conversion. Evangelicals hold shared convictions such as the inerrancy of the Bible, proselytizing the Gospel, the divinity of Christ and personal salvation through Him. In 1960, Evangelicals numbered 89 million (2.9% of world population).  By 2010 they were 546 million (7.9%) with an annual growth rate at 2.6%.  In Latin America the growth of evangelicals has been dramatic since the early 20th century.  In 1900 evangelicals numbered about 700,000 or 1% of the population. By 2010, they reached 91 million or 16.8% of the population. Latin American countries with the highest concentration of evangelicals are Brazil, Chile, and Guatemala. Evangelicals account for about 20% or more of the population in El Salvador, Honduras, Nicaragua and Panama. Of all evangelical subgroups, Pentecostals are the largest component with over 66 million adherents of which Brazil has the largest concentration.


Hispanic evangelicalism past and projected growth in America

Time Magazine reported in May of 2013:

According to Pew Forum on Religion and Public Life while “more than two-thirds of the 52 million-plus Latinos in the U.S. are Catholic, that number could be cut in half by 2030.” NHCLC also establishes that 35 percent of Hispanics in America now call themselves “born-again.”

Fox News reported in May 2013 concerning Hispanic evangelicalism in the United States:

De Jesus pastors the New Life Church in Chicago, helping to expand it from 120 members in 2000 to over 17,000 today on multiple campuses.

"In the Evangelical church, we find freedom to worship, and with Hispanics, it's in us to be able to love people. Naturally, we just love people. We are hugging people," De Jesus said.

Latinos make up the largest ethnic minority in the United States — 52 million, according to latest Census stats. The majority — two-thirds — are still traditionally Roman Catholic. But there's been a palpable shift from one generation to the next, with the newer ones being "born again."

Evangelicals now number about 20 percent of the Latino population, according to the National Hispanic Christian Leadership Conference.

A question for atheists: Notice what Pastor DeJesus said about Hispanics and hugging. When you think of atheists/atheism, what are the first words you think of? Angry? Militant? Nerds?  Snobby elitists? Mr. Atheist, none of these words are associated with hugging! Say adios to your dream of the United States being dominated by secular progressivism.

According to a video posted at Huffington Post featuring an interview with female atheists, storefront churches provide assistance to local residents including women and this partly explains the very low rate of Hispanic and African-American women atheists in America.

And atheists give less to charity than Christians so don't expect the proliferation of atheist soup kitchens in America providing assistance to Hispanic households:
Other factors related to the growth of Hispanic evangelicalism in the United States

Currently, the USA's border on Mexico has been tightened due to a soft economy, the drug trade and terrorism and net immigration to the United States has slowed from Latin America (see: Growth prospects of the USA ).  Yet, as far as the Hispanics who already live in the United States, they traditionally have had higher birth rates than the general population although this has been dampened due to the weak American economy as of late (see: Birth rates in the United States ).   Furthermore, atheists/agnostics/Darwinists/liberals have low birth rates compared to evangelicals (see: Secular vs. evangelical birth rates)

If the economy gets better, then immigration may increase. If the economy stays poor or gets worse in the foreseeable future, then this would also be bad for atheism in the United States because atheism/agnosticism does poorly in bad economies (see:  Economics and Darwinism/atheism ).   So either way, atheism/agnosticism loses in the USA as far as the foreseeable future.

Latin America and the history of Darwinism

Gabriel Salguero on How Hispanic Churches Are Changing America

License: This file is licensed under the Creative Commons Attribution-Share Alike 3.0 Unported license.

Posted by 15 questions for evolutionists at 11:17 AM No comments: Links to this post