The hamsters of evolutionary belief spin wildly on their wheels, but they are going nowhere 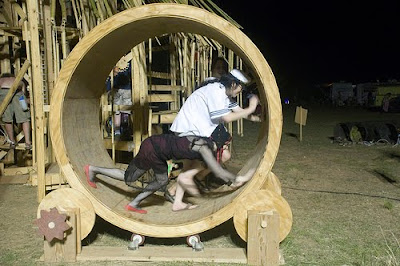 The creation vs. evolution debate forum called EvC Forum has been around since at least 2001.  Yet, the "achievements" of EvC Forum in terms of outreach are very modest indeed as can be seen by the graphs below.The web traffic of that web forum has been plunging too.

The owner of EvC Forum appears to be someone who goes by the username of Percy.  Percy has done over 11,000 futile posts at EvC Forum. I am guessing that the "superior evolutionist intellect" of Percy is in charge of  EvC Forum's evolutionist "outreach". 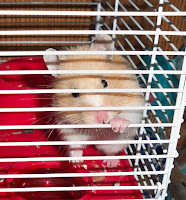 Percy and his fellow internet evolutionists remind me of hamsters that furiously spin around in their wheel, but never really go anywhere.  For example, Gallup Inc. recently reported its largest recorded increase in biblical creation belief in the United States. 46% of Americans are now young earth creationists.  Also, global atheism/agnosticism are both shrinking while global Christianity and creationism are rapidly expanding. See: Global decline of atheism and the rise of global creationism.

Yet, despite the plunging web traffic of EvC Forum and the explosive growth of biblical creationism, Percy is afraid to accept our debate offer which would give his obscure evolutionist website and his errant evolutionist views exposure to tens of thousands of people. See: We challenge Percy to a debate!

They say the definition of insanity is doing the same thing over and over again and expecting different results. It appears as if Percy wants to continue to spin in his EvC Forum hamster wheel and keep banning creationists who win debate after debate.

And we know that believers in biblical creation easily win debates with evolutionists.  Around the 1970s, prominent evolutionists lost hundreds of debates at colleges, universities and other public places.  As a result, they are now like timid little bunnies who are afraid to publicly debate.

Given the speciousness of evolutionism (see: Refuting evolution), the explosive growth of global biblical creation belief, the global shrinking of atheism/agnosticism in terms of adherents which is expected to affect the Western World and the obscurity of EvC Forum, Percy should consider himself fortunate that we will  debate someone promoting evolutionary quackery!

Internet atheism and evolutionism is one big hamster wheel

Would you like to see how internet atheism and evolutionism is one big hamster wheel?  Examine the resource below:

(click graph above to see details of the graph) 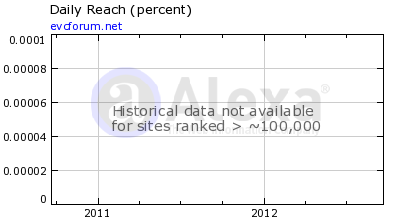 The creation vs. evolution debate forum called EvC Forum appears to be dead. Creationists censored and banned due to winning debate after debate

Posted by 15 questions for evolutionists at 6:55 PM