In addition, evolutionists and atheists are lacking in confidence:  21st century atheism is well-known for its foolishness and cowardice

"Worldwide, the march of religion can probably only be reversed by a renewed, self-aware secularism. Today, it appears exhausted and lacking in confidence..." - Professor Eric Kaufmann, Birbeck College, University of London, United Kingdom

Weak defenders can be outworked and beaten

Some evolutionists mistakenly think all the people in our Question Evolution! Campaign
fan team are inactive in terms of the biblical creationist cause. Nothing could be further from the truth. They remind me of the German evolutionists in the 1940s who thought the Allies were going to be inactive on the beaches of Normandy.   I suggest these evolutionists reread the articles: 5 strategies for collapsing Darwinism and A twelve point plan for accelerating the growth of Christianity and the decline of global atheism, agnosticism and evolutionism

"Readily will I display the intestinal fortitude required to fight on to the..objective and complete the mission, though I be the lone survivor." - Ranger Creed


"We also need to change the way we play the game. My plan is to adopt a new style.
A hybrid of the Soviet school and the Canadian school. A combination that requires the highest level of conditioning, speed, creativity, and most of all, team chemistry."  - Coach Herb Brooks, the movie Miracle  which was based on the 1980 U.S. Olympic Hockey team beating the Soviet Hockey team

Concerning playing against the Soviet Team: "But I also know there is a way to stay with this team. You don't defend them. You attack them! You take their game and you shove it right back in their face. The team that is finally willing to do this is the team that has a chance to take them down. The NHL won't change their game, we will. The rest of the world is afraid of them. Boys, we won't be. No one has ever worked hard enough to skate with the Soviet team an entire game. Gentlemen, we are going to work hard enough." - Coach Herb Brooks, the movie Miracle


Some of the Fan Created Question Evolution! Campaign videos:

Posted by 15 questions for evolutionists at 11:45 AM No comments: Links to this post

The  Evolution's Achilles' Heels book is coming out in July of 2014 followed by a DVD documentary.

Posted by 15 questions for evolutionists at 12:04 PM No comments: Links to this post

Creation.com, which is the website of Creation Ministries International, has the highest percentage of visits from very loyal visitors of any creationist website according to the available data that Quantcast has publicly available (Quantcast give webmasters the option to have their web traffic directly measured by Quantcast via a special embedded code). Don't believe me? Go to Quantcast.com and look up your favorite creationist websites and judge for yourself.

In addition, the yearly web traffic to Creation.com so far is way up in 2014 according to Quantcast.

Creation.com, the website of Creation Ministries International,  has seen a significant uptick in visits from very loyal web visitors recently - a 33% improvement since November of 2012 (see:  November 2012 data). The results are pretty impressive.

Of course, this is easily explained - especially after they completely debunked Darwinism via their: 15 questions for evolutionists, impressive 101 evidences for a young earth article, and their masterful origin of life article. And who could forget their flagship arguments evolutionist should not use article which stops evolutionary bunkum dead in its tracks.

I almost feel sorry for dogmatic evolutionists. After having a steady, compelling, creationist evidence and arguments barrage rain down on them from the scientists at Creation.com, many evolutionists must have creationist arguments induced mental shell shock by now. In short, a case of Post Compelling Creationist Arguments Traumatic Syndrome (PCCATS).  Of course, there is a simple and painless cure - become biblical creationists.

Posted by 15 questions for evolutionists at 10:13 PM No comments: Links to this post

Fenggang Yang, a professor of sociology at Purdue University and expert on religion in China declares that China’s Protestant population will swell over the next 11 years to reach 160 million in 2025. Furthermore, Yang forecasts that China’s overall Christian population could reach 247 million people by 2030. See: China: Christianity's future?

Communist China, which has state atheism,  is currently the nation with the largest group of atheists.

And history teaches us that atheism is a very weak ideology that can collapse very quickly in a culture with state atheism:

What does the historical record say about how fast secularism can collapse in countries?

In addition, demographic trends in the Western World are very inhospitable to atheism:

Posted by 15 questions for evolutionists at 12:51 AM No comments: Links to this post 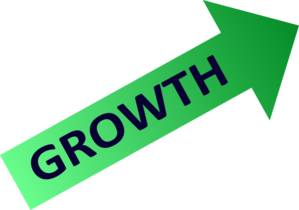 Is Christianity and biblical creationism seeing awesome growth on the internet? Will the pace increase at an increasing rate? 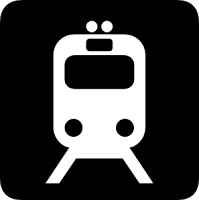 Christianity is beginning to realize the great power of harnessing the internet. I predict that biblical creationist ministries will soon realize in a much greater way the immense and powerful opportunity that they have at their disposal via the internet.  When this happens, biblical creationism will be a runaway train which will be a very exciting development. Creationist will use the internet in a way that greatly amps up people's awareness and understanding of the creation vs. evolution issue.

It is already starting to happen and the website of Creation.com has seen 50% growth in the last two years according to Quantcast which directly measures their web traffic via embedded code on their website.  I think this is just the tip of the iceberg of what Creation Ministries will ultimately achieve on the internet. I say this because the speed of their growth of their web traffic is greatly increasing and so is what they are offering their web visitors.

For example, I noticed that Creation Ministries International is beginning to create more videos which is very important as video greatly improves people's understanding of a subject and videos are very engaging.  Internet evangelists very much use videos to make their message more approachable to people.  Show your support for creation video evangelism. Subscribe to the YouTube channel CMI Creation Station  Tell your friends and family to do likewise.

The sad but easily changeable state of affairs

Sadly, the truth is that compared to general Christian internet evangelism that internet creation evangelism is a sick horse and not a race horse. Creationists are definitely making significant progress, but they could be doing much better. They just need to throw more resources into internet evangelism and then they will make much more rapid progress. Bottom line: Biblical creationist websites need to gain an additional 1 billion website page views as quick as possible. And I predict that the state of internet creation evangelism  will significantly change and you can help.

Donate to Creation Ministries International.  Tell them how much you appreciate their web ministry and support it. Do the same with other Christian ministries which support biblical creationism.

Once biblical creationists deeply tap into the internet it will be a game changer. It will help crush Darwinism like an aluminum can! 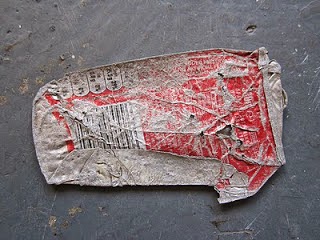 Consider this 2011 report from our article entitled Internet evangelism is powerful especially when combined with creation evangelism which helps show the huge opportunity that creationist have before them if they put more resources into creation web evangelism.  Using the internet in an efficient, rapid and powerful way, creationists can greatly help crush Darwinism like an aluminum can!

• Shared the Gospel with more than 150 million people

• With 2,550,732 requesting follow-up from one of our 7,588 trained volunteer online missionaries

*Typically, around 15% of all visitors indicate they prayed in faith to receive Jesus.

Western evolutionist and atheists fear for your bankrupt ideologies like the Chinese atheists/evolutionists who are terrified due to an increased presence of Christianity in their country (Chinese atheist leaders are terrified). Darwinism is an intellectually fragile daisy that will wilt under the sun of a greatly expanded internet presence of biblical creationism.  For example, Darwinists have yet to provide satisfactory answers to the 15 questions for evolutionists and they have scurried away from our recent debate challenges.


Darwinists: The train of internet biblical creationism is heading towards your flimsy substandard ideology. Are you ready?

Posted by 15 questions for evolutionists at 12:24 PM No comments: Links to this post