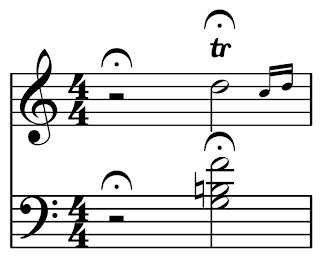 In music, a cadenza (from Italian: cadenza, meaning cadence) is, generically, an improvised or written-out ornamental passage played or sung by a soloist or soloists, usually in a "free" rhythmic style, and often allowing for virtuosic display.

In the last few days or so, our Question Evolution! Campaign group among other things has been on a volunteer recruiting drive to recruit some virtuosos of creation evangelism. We do have a person in our group who worked for a national executive/management search firm and he is used to making a hundred or more telephone calls a day. If a virtuoso of creation evangelism is able to be recruited, our team member is able to recruit that person.

He is a "Michael Jordan" of creation evangelists recruitment and he is helping us to put together a creation evangelism dream team! He is very personable, enthusiastic, articulate,  knowledgeable about creation/Christian apologetics, persistent and he can fearlessly make hundreds of calls a day without having a fear of rejection (because people may tell him they are not interested or they are too busy).

Although he did not make a lot of calls, he achieved outstanding results recently.

Value of recruiting capable people: In the Sierra Leone conflict, 100 trained commandos from the private military company Executive Outcomes were able to effectively combat the revolutionaries from the United Revolutionary Front and they saved many people from being butchered. When 17,000 United Nation troops were called into replace these commandos, they failed.

We are putting together creation evangelism SEAL leadership team who are going to rally their fellow creationists to crush evolutionism like a tin can. 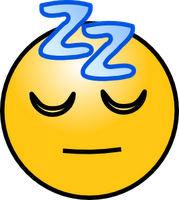 Isn't it a shame that evolutionist and atheist nerds don't have volunteer recruiters who are personable, enthusiastic and are unafraid of rejection.  Militant atheists and evolutionists are widely known for their nastiness and their evobabble and atheist indoctrination that is deadly boring. In addition, evolutionists and atheists  have developed a reputation for cowardice.

How stale and boring is evolutionary indoctrination? Is the public fooled or are they suspicious? What is the trend?

Decline of internet atheism and evolutionism

21st century atheism is well-known for its foolishness and cowardice

2. In addition, the president of the creation organization in Texas told us he knows a very successful creation evangelists in Latin America who he thinks will be very interested in working with us.  A few days ago, this person Facebook friended someone involved in the Question Evolution! Campaign.  Mere coincidence, Mr. Evolutionist? I don't think so!  We both know it was providence!We definitely want someone to help our Peruvian volunteer translate the campaign into Spanish. See: Top Top 10 languages for turbocharging creation evangelism. Our Question Evolution! teams translating goals and Peruvian Christian is performing additional Spanish translating for Question Evolution! Campaign

This Latin America creation evangelist has been getting into public schools in Latin America. Recently, he was in Cuba!

3. We recruited another Christian author who is also very articulate and friendly.

Posted by 15 questions for evolutionists at 9:39 PM