A twelve point plan for accelerating the growth of Christianity and the decline of global atheism, agnosticism and evolutionism

1. How can the explosive growth of global Christianity be accelerated in a way which also accelerates the  global decline of atheism/agnosticism/evolutionism.   In Europe, a secular worldview is very prevalent.


2. How can the Question Evolution! Campaign and the 15 questions for evolutionists assist in the acceleration of the decline of atheism, agnosticism and evolutionism in the world?

Due to various factors some of which will be mentioned shortly, the decline of global atheism is expected to accelerate and reverse the march of secularism in the Western World.


How fast is global atheism/agnosticism declining in adherents presently?

It is going to get much worse for global atheism and for Western World atheism! Not only is the decline of atheism expected to accelerate due to demographic factors such as religious conservatives having more children than atheists and agnostics, but our Question Evolution! Campaign group intends to continue to work with Christians around the globe to accelerate the decline of atheism even faster.

For example, this week we a are beginning the process of talking to Christian evangelism scholars about accelerating the decline of global atheism.

Before we explain why it is going to get much worse, a little background information:

We encourage you to examine these two resources:

1. Globally the worldviews of atheism and non-religious (agnostic) are declining while global Christianity is exploding in adherents

2. Comprehensive information about decline of global atheism, agnosticism and evolution and growth of global Christianity and creationism

Also, consider this key information relating to the United States:

The Birkbeck College, University of London professor Eric Kaufman wrote in his 2010 book Shall the Righteous Inherit the Earth? concerning America

High evangelical fertility rates more than compensated for losses to liberal Protestant sects during the twentieth century. In recent decades, white secularism has surged, but Latino and Asian religious immigration has taken up the slack, keeping secularism at bay. Across denominations, the fertility advantage of religious fundamentalists of all colours is significant and growing. After 2020, their demographic weight will begin to tip the balance in the culture wars towards the conservative side, ramping up pressure on hot-button issues such as abortion. By the end of the century, three quarters of America may be pro-life. Their activism will leap over the borders of the 'Redeemer Nation' to evangelize the world. Already, the rise of the World Congress of Families has launched a global religious right, its arms stretching across the bloody lines of the War on Terror to embrace the entire Abrahamic family.


In addition, Eric Kaufmann using a multitude of demographic studies argues in an academic paper entitled Shall the Righteous Inherit the Earth? Demography and Politics in the Twenty-First Century the decline of atheism in terms of its global adherents is an established trend that will persist for the foreseeable future and the rate of decline will accelerate. In the Western World, which includes the UK, due to immigration and the higher birth rates of religious people, Kaufman writes: "Committed religious populations are growing in the West, and will reverse the march of secularism before 2050."

The evolution and atheism link

A great piece of news just came out June 1, 2012 via a 2012 Gallup survey which showed that in the last 12 months or so young earth creationism was growing in the United States while evolutionism was declining. It is great to see that the Question Evolution! Campaign and the efforts of other creationists are effectively battling evolutionary pseudoscience.

And of course, if they do have a plan or develop a plan, of course it will not work. But that's alright. Atheists are used to failing.

Initial 12 point plan to accelerate the growth of Christianity and the decline of global atheism, agnosticism and evolutionism:

1. Our group is going to spread the Question Evolution! Campaign and its 15 questions for evolutionists

In addition, we are contacting over 180 creationist groups in North America and elsewhere in order to form new Question Evolution! groups and form alliances. We encourage others to get involved in the campaign and help others form groups.

Establish creation clubs in middle schools, high schools and on college campuses. In addition, work with groups which have established Bible clubs in schools, homes, community centers, churches, apartment complexes and other places (See our post: Believe it not - Richard Dawkins greatly helped creationists! Thanks, Rich!).

One the members of our group is an author and she has some ambitious plans to expand the market for creation materials specifically designed for young people.

2. Since it is easier for someone to believe in biblical creation if they are already a Christian, we want to make a special effort to establish alliances with internet evangelism and evangelism organizations.  Internet evangelism is essentially giving gospel presentation via the internet.

3.  Work with Christian groups, such as Christian ministries which have some focus on Christian evangelism, the evolution/atheism issue, defending Christianity, Christian maturity, etc. and co-develop initiatives to spread Christianity faster and help cause evolutionism/atheism to decline faster. In addition, establish mutually beneficial relationships where we distribute each others material. For example, linking to each other websites, emails, etc.

Through teamwork and creating synergistic initiatives many times a lot more can be accomplished.

4. Historically since World War II, the most ardent and vehement promoters of evolutionary belief have been atheists and sometimes agnostics as well.

5. Increasing Question evolution! campaign outreach to Christian groups which are divided on the evolution issue could be beneficial as we could strengthen that wing of the Christian group.  In addition, we can do friendly debate offers or public discussions etc. with pro-evolution churches.

For example, churches which adopt evolutionism (which is very pro-naturalism) are seeing big losses of membership over time and some of their members are turning to biblical Christianity. However, some of their members are also turning to agnosticism, deism, atheism, New Age religion, etc. Also, churches which are anti-evolution pseudoscience tend to have a higher view of Scripture.

In addition, the pro-evolution/pro-atheism lobby puts a great deal of time cultivating theistic evolution allies in order to assist them in creation vs. evolution battles. A great irony of the major anti-creation organizations which attempt to form theistic evolution allies is they tend to be made up of atheists/agnostics and not be religiously neutral (see: How Religiously Neutral are the Anti-Creationist Organisations?).

As noted previously, according to a 2012 Gallup survey, there was recently a drop in percentage of theistic evolution believes in the United States and a gain in people adopting creationism so this could be an effective outreach. 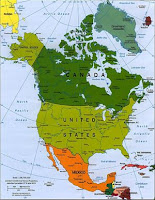 6. Promote the campaign heavily in the United States and Canada  See our posts: Question Evolution! Campaign and North America and 2012 is shaping up to be a BAD year for atheism and belief in evolution

8. As noted above, the Christian scholars at Gordon-Conwell Theological Seminary conduct research on the growth and decline of various worldviews such as atheism, agnosticism, Christianity, etc. Our group is going to contact these scholars to find out the particulars on why global atheism is declining in adherents and why this is so. Then working with Christian scholars and world Christian evangelism experts such as the Lausanne Movement, Network 211 and Wycliffe Bible translators we can formulate a plan and ask these same groups and individuals to help distribute the Question Evolution Campaign.

Network211 has already agreed to distribute the Question Evolution! Campaign. And of course, groups like Wycliffe Bible translators and private individuals can be asked to help translate the campaign into other languages using translators who are interested in the campaign.

9. Translating the campaign into other languages could be very helpful. Besides religious conservatives having bigger families than secular individuals another reason why global atheism shrinking is expected to impact Western World atheism is due to world evangelism and immigration. For example, in the UK evangelical Christianity is growing and is now threatening the influence of the liberal Anglican community and this is due to immigration.

Immigrants from Asia and Africa are having a big impact on many countries in the West and Christianity is growing very fast in these geographic areas. For example, two of the biggest sources of immigrants to the UK are from China and India.

One of the members of our group is going to contact Chinese Christians in his area and get the Question Evolution! Campaign and its 15 questions for evolutionists translated into Mandarin and Cantonese. Of course, once this is accomplished the campaign can be distributed to ministries which focus on the Chinese community. Of course, this can be done within other ethnic communities as well. UK evolutionists, the sleeping dragon of Chinese UK Christian creationists is about to be awakened!

There are many churches in the United States, the UK, Australia, Singapore, South Africa and New Zealand and Creation Ministries International has offices in all these countries so the campaign can be translated into many languages. For example, in South Africa the 15 questions for evolutionist tracts have been translated into Afrikaans and further translation of the campaign is occurring.

10. Establish relationships with Christian campus organizations and work with these organizations to spread the Question evolution! campaign on their campus. Plus, offer Question Evolution! Campaign materials to national and international ministries which work with college students so they can offer the materials to their locale chapters.

Please see our post: An all-out assault on evolutionary belief or is the best yet to come?

12. For an update of this plan in terms of additional activities please see our resource: Our group's plan, strategy and tactics for advancing the Question Evolution! Campaign

In addition, it is always a good idea to unleash surprises on the opposition so we have some of those planned as well.

“Let your plans be dark and as impenetratable as night, and when you move, fall like a thunderbolt.”  - Sun Tzu

Christians, it's time to end evolutionism in your community!

Help spread the word about the Question Evolution! Campaign and its 15 questions for evolutionists and watch the decline of world interest in the shallow foolishness of Darwinism and atheism accelerate!

Other related posts at our Question Evolution! Campaign blog:

Decline of atheism: An established trend


Posted by 15 questions for evolutionists at 1:16 AM