A larger wave of Christian backlash against atheism 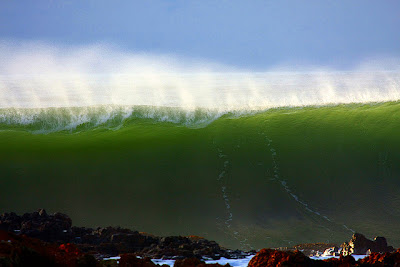 Has the recent militant atheism, spawned by the New Atheism movement, made the advancement of atheism much more difficult? If so, why?

Is there a second and much larger wave of Christian backlash against New Atheism on the horizon?

Will the New Atheism movement ultimately cause atheism to lose ground?

Atheist commentary on the New Atheism and Christian backlash 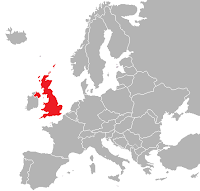 In June of 2012, the UK based Dorsett Humanists wrote:


There’s been a forceful backlash against the ‘new atheism’ of writers like Richard Dawkins and the late Christopher Hitchens, inspiring a new wave of Christian apologists. This group includes: Alister McGrath, Professor of Theology at King’s College London, Keith Ward, former Professor of Divinity at Oxford, and John Lennox, Professor of Mathematics at the University of Oxford.

Many atheists make the mistake of assuming religion is wholly irrational, relying on faith alone but, in a series of interviews recorded for DVD, the apologetics heavyweights from the list above demonstrate their ability to challenge us with reasoned arguments.


The Christian backlash and response to new atheism is/was considerable, and neither can the consequences, changes, and foci which marked their response be ignored.

In the end, have we simply made the aforementioned goal more difficult to accomplish?

The first wave of Christian backlash against the New Atheism

Have there been a major response to the New Atheism from members who belong to the young creationist camp? Yes, there has. And I see a much bigger wave of backlash coming and it is being fueled by the New Atheism and the force feeding of evolutionary belief in public schools.

The coming second wave of Christian backlash against the New Atheism

Can atheism and evolutionism withstand a second and much larger wave of backlash against it? A wave of backlash from a stronger opposition who is adept at spreading their message. I don't think so.

Training makes a big difference and I see a growing willingness of Christians training themselves to be effective in terms of giving and distributing Christian messages.

Can training and determination make a difference in military conflicts and in conflicts of worldviews?

In the Sierra Leone conflict, 100 trained commandos from the private military company Executive Outcomes were able to effectively combat the revolutionaries from the United Revolutionary Front and they saved many people from being butchered. When 17,000 United Nation troops were called into replace these commandos, they failed. Training makes a difference! Later in this article, you will learn what trained Christian evangelists are doing via the internet.

A discouraged and weakened atheism

Yesterday, I spoke a Christian who is very involved in confronting atheism via the internet and he said that atheists have 1/10 of the zeal and confidence they had at the pinnacle of the New Atheism movement. For example, internet atheism has seen a major slump post 2007.

There are a lot of reasons for atheists, agnostics and evolutionists to be discouraged:

1. I cited the Dorsett Humanists indicating that Christians are able to effectively marshall reasoned arguments for the existence of God. I don't hear Christians saying the same thing about atheists. I don't hear Bible believers saying the same thing about evolutionists. And for good reason. For example, evolutionists have been unable to satisfactorily answer the 15 questions for evolutionists plus they have been trounced in debates on the 15 questions. 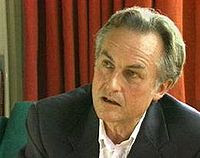 On the whole, atheists, agnostics and evolutionists have been unable to effectively defend their worldviews and confront Christian arguments. Richard Dawkins, the British Humanist Society, and the 2010 Global Atheist Conference have all ducked debates with prominent Bible believing Christians. Christian YouTuber Shockofgod has held over 50 debates with atheists/agnostics/evolutionists and none of them have performed well in the debates.

Mark Steyn in his book After America wrote:


Aside from the boom in Islamic terrorism, the Nineties and Oughts were also the worst decades ever for shark, bear, alligator, and cougar attacks in North America. The obvious explanation is that there are more of these creatures than ever before - the bear and cougar populations have exploded across the continent. But the more sinister one is that animals have not just multiplied but evolved: they've lost their fear of man. They now see him for what he is: a tasty Jello pudding on legs.

I am going to use an analogy to illustrate why I think there are going to be more and more attacks on secular ideologies.

In addition, increasingly I am seeing Christians become more and more dismissive of atheism and agnosticism. The atheist and agnostic communities have pulled out all the stops lately to make themselves be bigger laughingstocks than usual. 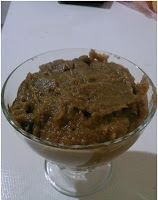 This is no fear of these ideologies and I see a growing willingness of Christians to confront atheism, agnosticism and evolutionism. It is just a matter of time before these ideologies become "pudding on legs". I don't think it is any coincidence that we are seeing more and more anti-evolution laws in the United States and that a Gallup survey reported in June of 2012 an increase in American creationism.

2. Atheism is a drab and dreary worldview and atheists have higher rates of suicide that the general population. Although the late Christopher Hitchens could certainly be mean-spirited, he also was one of the few prominent atheists who had charisma and eloquence. Now agnostics, atheists and evolutionists are stuck in the mud with the abrasive and cranky old man Richard Dawkins and a host of other difficult and uncharismatic personalities. Currently, there is a lot of squabbling going on amongst these difficult personalities.

4. Christians are getting more efficient at spreading their message through the internet and other venues.

A internet aided second wave of backlash against the New Atheism

I am seeing a growing interest of Christians in using the internet to promote Christianity. The internet for many Christians is going from something we should use to something we are using, shortly will use or must use. There is a growing excitement of the possibilities it offers. The Christian ministry Global Media Outreach recently reported giving 145 million gospel presentations in one year.

I would love to see a "SEAL team" of Christians who powerfully merge internet and offline efforts when it comes to evangelism, creation evangelism, discipleship, and Christian apologetics.

Are you up to the challenge?

Take the first step and get involved in the Question Evolution! Campaign today! You can spread the campaign in your locale community or spread it via the internet.

You don't have to be internet proficient, but if you are so much the better!

A twelve point plan for accelerating the decline of global atheism, agnosticism and evolutionism

The challenge of Christian apologetics: We need SEALs!

This file is licensed under the Creative Commons Attribution-Share Alike 3.0 Unported, 2.5 Generic, 2.0 Generic and 1.0 Generic license.
Posted by 15 questions for evolutionists at 6:44 PM