The future of European Darwinism and atheism is bleak 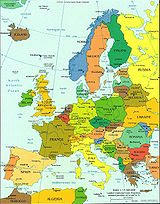 1. Is the future of European Darwinism and atheism/agnosticism bleak? If it is bleak, why is this so?

2. Is 2021 going to be a turning point in the European Darwinism vs. creationism battle? If so, why?

The future of European evolutionism and atheism/agnosticism

Since World War II, atheists and their ideological cousins agnostics have been the most ardent defenders of evolutionism.  So what is the future of European atheism, agnosticism, conservative Christianity and creationism?

See: A collection of our articles on European creationism and Darwinism

We picked France and Sweden as they are among the most secular countries in Europe.

But what about Europe as a whole?

Professor Eric Kaufman, who teaches at the University of London, Birbeck College, wrote concerning Europe in his paper entitled Shall the Righteous Inherit the Earth? Demography and Politics in the Twenty-First Century : 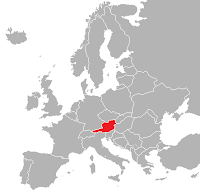 We have performed these unprecedented analyses on several cases. Austria offers us a window into what the future holds. Its census question on religious affiliation permits us to perform cohort component projections, which show the secular population plateauing by 2050, or as early as 2021 if secularism fails to attract lapsed Christians and new Muslim immigrants at the same rate as it has in the past. (Goujon, Skirbekk et al. 2006).

This task will arguably become far more difficult as the supply of nominal Christians dries up while more secularisation-resistant Muslims and committed rump Christians comprise an increasing share of the population.

Recent trends in Europe as far as biblical Christianity? 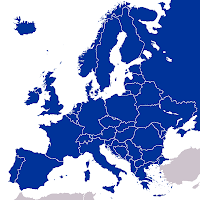 What of European Christianity? The conventional wisdom holds it to be in free
fall, especially in Western Europe. (Bruce 2002) This is undoubtedly correct for Catholic Europe, while Protestant Europe already has low levels of religious practice. Yet closer scrutiny reveals an increasingly lively and demographically growing Christian remnant. Several studies have examined the connection between religiosity - whether defined as attendance, belief or affiliation - and fertility in Europe. Most find a statistically significant effect even when controlling for age, education, income, marital status and other factors...

Moving to the wider spectrum of European Christianity, we find that fertility is indeed much higher among European women who are religious...

Today, most of those who remain religious in Europe wear their beliefs lightly, but conservative Christianity is hardly a spent force. Data on conservative Christians is difficult to come by since many new churches keep few official records. Reports from the World Christian Database, which meticulously tracks reports from church bodies, indicates that 4.1 percent of Europeans (including Russians) were evangelical Christians in 2005. This figure rises to 4.9 percent in northern, western and southern Europe. Most religious conservatives are charismatics, working within mainstream denominations like Catholicism or Lutheranism to ‘renew’ the faith along more conservative lines. There is also an important minority of Pentecostals, who account for .5% of Europe’s population. Together, charismatics and Pentecostals account for close to 5 % of Europe’s population. The proportion of conservative Christians has been rising, however: some estimate that the trajectory of conservative Christian growth has outpaced that of Islam in Europe. (Jenkins 2007: 75).

In many European countries, the proportion of conservative Christians is close to
the number who are recorded as attending church weekly. This would suggest an
increasingly devout Christian remnant is emerging in western Europe which is more
resistant to secularization. This shows up in France, Britain and Scandinavia (less
Finland), the most secular countries where we have 1981, 1990 and 2000 EVS and 2004
ESS data on religiosity...

Currently there are more evangelical Christians than Muslims in Europe. (Jenkins 2007: 75) In Eastern Europe, as outside the western world, Pentecostalism is a sociological and not a demographic phenomenon. In Western Europe, by contrast, demography is central to evangelicalism’s growth, especially in urban areas. Alas, immigration brings two foreign imports, Islam and Christianity, to secular Europe.

Is Kaufmann's analysis correct under conditions of a European financial crisis

Could Professor Kaufmann's projections be radically altered due to the present Eurozone debt/financial crises causing a severe economic recession or an economic depression?

Although evangelical Christianity immigration could be reduced due to high levels of domestic unemployment, consider these factors as well:

1. Socialism is a secular political philosophy and it could be a causality of debt laden government austerity measures. Intuition and the history of socialist countries tells me that this cannot be good for the secular religions of evolutionism, atheism and agnosticism.

2. Mainstream newspapers and television media lean left/liberal and have been allies of evolutionism and atheism in recent times. During times of financial crisis and the political unrest, these news outlets will give less press to atheists and evolutionists.

Also, many news outlets are already under financial pressure and a worsening economy could cause them to cease operations.

In recent years and particularly in the last 5-6 months, I have noticed a declining interest in evolutionism among reporters and the general public.

I documented this in these previous posts:

Here is some new data:

3. In a European and global crises, I see local budgets being forced to economize in terms of public schools and colleges/universities. These institutions have traditionally been allies of evolutionism.

This will likely cause:

- Public colleges and universities subsidies being reduced or eliminated.

In addition, in recent years due to the economy and students taking courses which ill equip them to compete in the market place (gender studies, evolutionary "biology", etc.), student have increasingly defaulted on their student loans and had significant difficulties finding gainful employment. I expect many of these fluff courses to be eliminated or reduced over time.

- Greater use of online education which is more inexpensive.

As noted above, immigration brings evangelicals and other religious people into secular Europe. In the long term, I expect Europe will need health care workers and other workers due to sub replacement levels of births.

Below are some factors to consider regarding immigration: 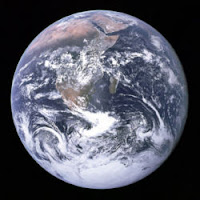 In February of 2010 the British publication the New Statesman reported concerning the UK: "Muslims are more than twice as likely to be unemployed than the national average (16.4 per cent, compared to 7.7 per cent)." Sweden’s Muslims have unemployment rates 4 to 10 times higher than non-Muslims, depending on ethnicity.

Also, you have the recent Muslim rioters in France, Belgium, Denmark, Sweden and the UK. Some unemployed people spend their time upgrading their skills, looking for work or turning to self-employment - others riot. While I realize that some Europeans go out of their way to needlessly antagonize Muslims or discriminate against them (for example, French head scarves controversies), rioting is not a constructive activity and just further degrades poor communities in terms of properties, etc. I don't read about evangelical immigrants rioting in European countries. In general, Bible believing Christians are a peaceful lot and hard working as well (Protestant work ethic).

The Muslim unemployment/rioting issue lends further credence to the idea that the proportion of Muslim vs. Christian immigrants could change in the future. This is especially true during tougher economic times. My guess is that countries could be more selective in the future in terms of immigrants skills and this would reduce the number of unskilled Muslim immigrants.

Shall the Religious Inherit the Earth?


Posted by 15 questions for evolutionists at 2:03 PM