The leaning tower of Swedish belief in evolution 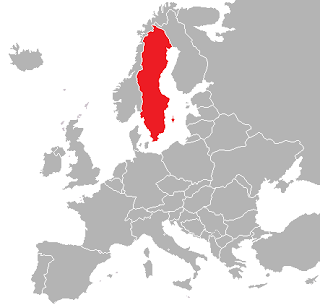 I suggest that if creationism can prevail in secular Sweden (it is among the most atheistic countries in Europe), and it strongly appears that it will, it can prevail anywhere.


Sweden is not as secular as we thought," says Christer Sturmark, head of Sweden's Humanist Association, a noisy assembly of nonbelievers to which the Bible-protesting hotel guest belongs...

Hotel chain Scandic, meanwhile, has reversed course. Before Christians mobilized, it planned to keep a few copies of the New Testament at the front desk, along with the Quran and Hebrew Bible. With the hotel under new ownership since April, Bibles are back in rooms. The Swedish arm of Gideons, a Bible distribution group, recently gave the chain 10,000 New Testaments in Swedish and English.

After decades of secularization, religion in Europe has slowed its slide toward what had seemed inevitable oblivion. There are even nascent signs of a modest comeback...

Some scholars and Christian activists, however, are pushing a more controversial explanation: the laws of economics. As centuries-old churches long favored by the state lose their monopoly grip, Europe's highly regulated market for religion is opening up to leaner, more-aggressive religious "firms." The result, they say, is a supply-side stimulus to faith.

"Monopoly churches get lazy," says Eva Hamberg, a professor at Lund University's Centre for Theology and Religious Studies and co-author of academic articles that, based on Swedish data, suggest a correlation between an increase in religious competition and a rise in church-going. Europeans are deserting established churches, she says, "but this does not mean they are not religious."

One factor now spurring religious competition in Europe is the availability of state money that traditionally flowed almost entirely to established churches. It still does, but the process is more open.


2. Operation World says there are about 642,000 evangelical Christians in Sweden.

Can Bible believing Christians be mobilized to evangelize Sweden?


Increased unity among evangelicals is a praiseworthy outworking of the continued decline of state-sponsored Christendom and a sign of God’s Spirit at work. Evangelical groups from across the theological and denominational spectrums increasingly work, pray and worship together as they see themselves as a minority in a secular society. Each year at Pentecost, around 20,000 from around the country gather in Stockholm for “Jesus Manifestation”.

3. There appear to be the beginnings of large evangelical churches in Sweden. Pastor Ulf Ekman, founded Livets Ord in 1983 and today it has a 3,000 strong following of born-again believers.

4. Swedish evangelical radio is starting to get off the ground

The National Religious Broadcasters recently posted on their website:


A milestone has been passed. HopeFM, after years of preparation, is now on the air in Sweden. The prayers of faithful evangelical Christians in that very secular country have been answered. Friends and partners within the country and without, including National Religious Broadcasters, are rejoicing as a 24/7, professionally produced Christian radio witness is on the air in Linköping, Sweden. This university town about two hours outside Stockholm, is a wonderful launching pad for this ministry. Other frequencies around the country, including the capital city of Stockholm, will follow as God opens doors and as Christians step in to support this critical work.

For decades the Christian world view has been under attack in Sweden. The results have been devastating for the cause of the Gospel. Up until now there has been no professionally produced, consistent Gospel witness through Christian radio in Sweden. Now...that has changed.

Roger Arnfjell, Nathan Quist, and a group of dedicated believers has been working for several years to establish HopeFM. Their aim is to enable Sweden's small number of evangelical Christians to carry the Gospel beyond church walls in significant ways for the first time in decades.

HopeFM is also on the Internet 24/7 at www.hopefm.se. Its goal is for the highest professional quality while providing Sweden with uplifting and positive Christian music in both Swedish and English.

5. In a previous post, we indicated that we want to accelerate the downfall of atheism and evolutionism in Sweden and that secular oriented people in Sweden have sub-replacement levels of fertility and have been forced to increase the immigration of more religiously minded people.

We also indicated that we wanted Christian creationism to outdo Muslim creationism and would like to be of assistance as far as making this happen. See our post: Swedish creationists are being contacted about the Question Evolution! Campaign due to help from evolutionists!

An aggressive promotion of the Question Evolution! Campaign and its 15 questions for evolutionists combined with internet evangelism and other forms of evangelism could make this happen.

If present trends continue, however, Muslims, who have higher birth rates than the secular population and continue to arrive by immigration, could become a majority as early as 2049 in Sweden.

Since Muslim citizens can vote in Sweden and affect policies relating to the promulgation of Darwnism, how apt are Muslims to be evolutionists?


A 2007 study of religious patterns found that only 8% of Egyptians, 11% of Malaysians, 14% of Pakistanis, 16% of Indonesians, and 22% of Turks agree that Darwin's theory is probably or most certainly true, and a 2006 survey reported that about 25% of Turkish adults agreed that human beings evolved from earlier animal species.


6. Professor Eric Hoffman wrote in an academic paper entitled Shall the Righteous Inherit the Earth? Demography and Politics in the Twenty-First Century wrote: 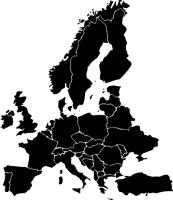 Ethnicity and race may succumb to liberal modernity, but committed religious
populations cannot be assimilated to liberal secularism fast enough to compensate for
their demographic advantage in a world of plunging fertility and growing migration. In the end, it is a battle between religious fertility on the one hand, and, on the other, religious decline through the 'assimilation' of religious offspring into secularism. This paper argues that the weakness of secularism and a widening secular-religious fertility gap points toward a religious victory...

The principle of tolerating and 'celebrating' diversity is a corollary of postmodern
relativism which opens up space for antimodern religious 'diversities' to take
root. If they are demographically-powerful religious movements like Islamism or
evangelical Chrisianity, they will exploit this weakness to progressively erode the
hegemony of western secular humanism....

In the Europe of tomorrow, immigration and religious fertility will increase the proportion of committed Muslims and Christians, many from the developing world. It may seem fanciful to imagine a moral conservatism uniting white and nonwhite Christians as well as Muslims against 'secular humanists'. However, a version of this process has occurred in the United States, and it can be argued that the cocktail of cultural relativism, secular exhaustion and demographic change is even more potent in Europe than America. The division between native ethnic groups and immigrant groups is currently more important in Europe, but as the Muslim and religious Christian minorities grow, they will become as important for conservative politicians as the religious Hispanics of America whom the Republicans have so assiduously courted. At some point, it will make more electoral sense for European conservatives to appeal to a trans-ethnic coalition of moral conservatives than it will to stress anti-immigrant themes and ethno-nationalism. The liberal-left will find it extremely difficult to craft a defense of secularism given its investment in cultural relativism, the exhaustion of its secular religions, and its laissez-faire attitude to demographic change.

Standing back from the fray, we can think of demography as the achilles heel of
liberalism.


In addition, Kaufmann using a multitude of demographic studies argues that the decline of atheism in terms of its global adherents is an established trend that will persist for the foreseeable future and the rate of decline will accelerate. In the Western World, due to immigration and the higher birth rates of religious people, Kaufman writes: "Committed religious populations are growing in the West, and will reverse the march of secularism before 2050." See also: Eric Kaufmann's website

As you can see, there are some powerful demographic forces lining up which are unfavorable to Darwinism in the Sweden. Our group wants to lay the groundwork for a crushing defeat of Darwinism in Sweden and Europe. That is why we are committed to helping make 2012 be the worst year in the history of Darwinism.

A grassroots approach is key to defeating Darwinism and the group of Christians that is willing to strongly advance an anti-evolution grassroots campaign will have a strong and lethal impact on Darwinism. Let's create a proliferation of creationist grassroots fires across the globe designed to burn down the forest of Darwinism. Evolutionists will be unable to stamp out these fires using their strong arm tactics which were documented in the movie Expelled: No Intelligence Allowed.

In addition, global atheism is shrinking in terms of adherents and it is expected to shrink at an accelerated rate due to demographic factors and other factors as well. On the other hand, global Christianity is rapidly expanding. The Question Evolution! Campaign can certainly serve as a strong catalyst for the continued shrinking of global atheism plus assist in the current explosive growth of Christianity.

The timing is opportune for our grassroots campaign! Let us confidently march ahead and achieve many victories for Christianity and the biblical creation cause.

Question: Which do you want to spread faster in the world of tomorrow? Biblical Christianity or Islam? Christians, if you are not evangelizing already, start evangelizing today. Spread Christianity and start hammering away at Darwinism as it is an unnecessary hindrance to Christian evangelism in the Western World. Darwinism will fall. Let's make it sooner rather than later.

Christianity is the faster growing religion

Christianity is the fastest growing religion

Email ThisBlogThis!Share to TwitterShare to FacebookShare to Pinterest
Labels: Sweden and creationism