Another look at the recent history of European creationism 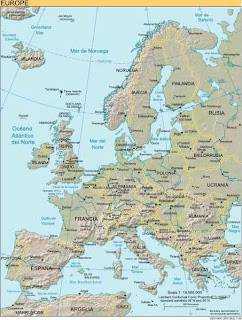 Within the last 5 years an evolutionist papercame out examining European creationism entitled Towards an integrated understanding of creationism in Europe.

The paper Towards an integrated understanding of creationism in Europe declared:


In the United States, creationists are numerous and very well organized, and they form a considerable political pressure group. However, more and more reports indicate that creationism is dispersing globally, often as the result of missionary work by American creationist groups. In the last three decades, creationism has popped up in Canada, Australia, New Zealand, South Korea (Numbers, 2006), and,last but not least, in Europe (Cornish-Bowden & Càrdenas, 2007; A. Curry, 2009;Kjærgaard, 2008; Numbers, 2006). Germany and Poland are but two examples of European countries that have seen their share of creationist activity (Graebsch, 2006;Kutschera, 2008b). In this article, we will focus on creationism in yet another European country, the Netherlands. Several incidents, both large and small, in the last couple of years indicate that Dutch creationism is a socio-religious phenomenon that cannot be ignored.

Biblical creationism and the Netherlands

The Dutch evangelical broadcasting group, the Evangelische Omroep (EO), has promoted creationism in the recent past.

The paper Towards an integrated understanding of creationism in Europe stated:


On the occasion of its 40th anniversary in 2007, the EO had conducted a poll of the religious experiences of its almost half a million members. The results, published in April 2007, showed that 61 percent of the respondents (with a 33 percent response rate) believed that God had created the Earth in six 24-hour days.That was 8 percent more than in a poll the EO had conducted ten years before. Another 32 percent believed that God had created the world, but not necessarily in six days. Only1 percent thought that God had used evolution in order to create life on Earth.

Furthermore, Kees van Helden, the president of the creationist group Bijbel en Onderwijs (Bible and Education) rallied Dutch creationists to print an eight-page pamphlet with the title, Evolutie of Schepping. Wat geloof jij? (Evolution or creation. What do you believe?). The pamphlet was distributed via the postal services to every household in the Netherlands near the time of February 12, 2009, which was the 200th anniversary of Charles Darwin’s birthday. The anti-evolution effort received a lot of publicity.

Also, in June of 2011, Creation Ministries International published an article which mentioned that the creationist Johan Huibers in Dordrecht, Netherlands is in the midst of building a full size replica of Noah's Ark and it is generating a flood of interest.
Posted by 15 questions for evolutionists at 1:50 PM