2013 is starting off to be a BAD year for Darwinism. Study shows that the world's biggest pro-evolution website is driving away newcomer editors! Also, video shows evolutionists at Wikipedia are clowns! 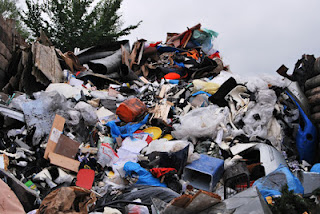 On October 5, 2012, we did a post entitled Making 2013 be the WORST year in the history of evolutionism, atheism and agnosticism - a quick introduction .  It's only January 3, 2013 and already it is starting out to be a BAD year for Darwinism!

Wikipedia is an free online pro-evolution encyclopedia that was founded by an atheist and an agnostic. It is the biggest and most well trafficked website which has recently loss global market share according to Alexa. See: Evolutionists at Wikipedia have created a "broken, disorganized mess". Loses 20,000 editors in 5 years 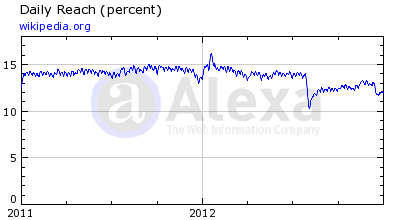 Wikipedia, "the free encyclopedia that anyone can edit," was launched in 2001 and now contains some 23 million articles, according to its own entry.

However, new rules instituted in 2007 to increase the website's quality have driven vital new volunteers away from the effort, report computer scientists led by Aaron Halfaker of the University of Minnesota in a new study in the American Behavioral Scientist journal. Wikipedia had 50,000 English-language edition editors in 2006, and now has about 35,000, they report...

On top of this, Quora appears to have Wikipedia in its cross hairs for 2013. See:  The biggest and most trafficked pro-evolution website is going to be in the cross hairs in 2013

If it's on Wikipedia it must be true! Fossil Fiasco Still Looking for the Missing Link

Making 2012 be the WORST year in the history of Darwinism

2012 has been a very BAD year for Darwinism and atheism just like we predicted!

Why are the years 2012 and 2020 key years for Christian creationists and pro-lifers?

Making 2013 be the WORST year in the history of Darwinism.

Making 2013 be the WORST year in the history of Darwinism. - Part 2