Evolutionists, atheists and agnostics: Where is your master plan to reverse your decline?

Evolutionists, atheists and agnostics: Where is your master plan to reverse your global decline?

So many times I have heard about the supposed intellectual superiority of your communities, yet when the water gets rough, you don't seem to have back up plans.

Furthermore, you seem incapable of coming up with an effective plan to reverse things. Given that you always prattle on about supposed advanced cultures on other planets, I would have thought if you were serious that you not only would have a global plan for the evolutionist community, but a plan for the entire universe as well! You seem to have neither! Needless to say, I am not surprised that you cannot satisfactorily answer the 15 questions for evolutionists.

You are all in denial or have come to the realization that it is impossible to oppose God and win. I am not impressed with your intellectual prowess - quite the opposite really. God has immensely more power and wisdom than all the members of your communities combined and we both know it.

In recent posts, we covered these 5 important areas:

2. Decline of global atheism and agnosticism in terms of adherents and its expected significant impact on Western atheism and evolutionism. As Professor Eric Kaufmann declared to a secular audience: "The trends that are happening worldwide inevitably in an age of globalization are going to affect us."

4. Global Christianity and creationism is growing and increasing challenging Darwinism and Darwinist theology in places such as North America, Europe, Asia, Latin America and Africa.

5. Christians and Christian creationist are increasingly using the internet in terms of evangelism and have ambitious plans for the future. They are obtaining excellent results. There are Christians in the Western World who have a global plan to spread Christianity. Atheism has expended significant effort in the past via the internet with little to show for it. In addition, the atheist internet community has been in a 4 year slump in terms of web traffic. Furthermore, there is a lack of strong leadership within the atheist community.

If you haven't read these post, they can be found at:

Down with evolutionism! Down with atheism! Creationism is up!

Atheists and evolutionists: What is your global master plan to reverse things?

Atheists and agnostics tend to tilt towards the left politically (Historically, they have embraced communism, socialism and liberalism). In addition, leftists tend to be globalist and less nationalistic. In addition, they tend to work with each other across the globe.

So evolutionists, atheists and agnostics, where is your plan to reverse things? Where are the plans of notable atheists, agnostics and evolutionists or notable organizations representing these communities?

The Birkbeck College, University of London professor Eric Kaufmann using a multitude of demographic studies argues in an academic paper entitled Shall the Righteous Inherit the Earth? Demography and Politics in the Twenty-First Century the decline of atheism in terms of its global adherents is an established trend that will persist for the foreseeable future and the rate of decline will accelerate and affect the Western World. See: Why are the years 2012 and 2020 key years for Christian creationists and pro-lifers? 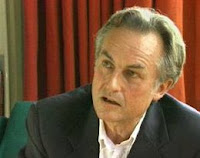 And the cursory treatment of this issue by atheists PZ Myers and Nigel Barber were absolutely a joke. Barber confidently proclaimed that atheism would prevail against religion by 2038 without providing detailed analysis. It's almost as if he picked the year 2038 out of a hat! I mean why not 2040? See: Atheism is rudderless and unseaworthy 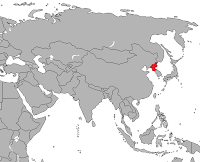 North Korea is a surreal country abounding in phoniness and propaganda. Sounds a lot like the ideologies of atheism and evolutionism, doesn't it? Given the bizarre behavior of many atheists/agnostics and evolutionists that I have seen, I cannot say that I am surprised.

The silence the militant evolutionists is absolutely deafening. Cat got your tongue evolutionists? Of course, even if you were to come up with a plan in spite of all the evidence that it would not work, we all know it would fail miserably, don't we?

Evolutionists, why are you going to be so late in talking about these growing problems as a whole? Is it due to: pride, thoughtlessness, denialism, complacency, ignorance and a growing realization that you cannot win?

"Deal with a thing while it is still nothing.” - Lao Tzu

"He who excels at resolving difficulties does so before they arise.” - Sun Tzu

Of course, deep down dogmatic evolutionists know that evolutionism is pseudoscience so a a sacrificial and heroic effort is not in the cards, is it? Sullenly taking your lumps is about the best you can do at this point.

Help cause the decline of atheism to accelerate faster

Help spread the word about Question Evolution! Campaign and its 15 questions for evolutionists and watch the decline of atheism and agnosticism further accelerate.

Man with a plan, public domain, http://www.clker.com/clipart-2424.html
Posted by 15 questions for evolutionists at 6:53 PM