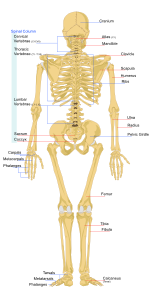 On February 13, 2012, our Question Evolution! Campaign group said that we wanted to break the back of Darwinism through the inoculation of more and more young people against Darwinist pseudoscience.

We have some great news and data to report!

It appears our strategies are showing results.

Below is some data related to the type of people who visit the website of Creation Ministries International (Creation.com) according to Quantcast which directly measures their web traffic via an embedded code:

Age demographics of people who visit Creation.com as of 4/5/2013 and there has been a significant improvement:


So Creation.com scores an 88 on the Quantcast index out of 100 which is a big improvement since February of 2012.

It is nice to know that our reach to college age people is very much working.  We believe the earlier we reach people with the 15 questions for evolutionists  the better. One YouTube atheists in his 20s was particularly rattled by these questions.  It was very apparent he was very flustered and frustrated by the 15 questions. It is great the naivety of young atheists who believe in evolutionary pseudoscience is being punctured and actively challenged.

Please tell as many young people you know about Creation.com and below are some great resources:

We received an email from a leader in French Christian leader and he is extremely excited about the Question Evolution! Campaign.

He said request for French speaking creationist speakers has been growing.

Our Question Evolution! Campaign group is speaking with him this evening.

Creationism is growing in France

Posted by 15 questions for evolutionists at 12:51 PM