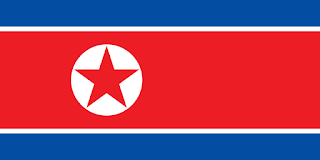 Excerpt from the article on North Korea: "Mr. E already is seeing the fruits of his labors as the network of believers and house churches increases. He travels about 80 miles to lead worship services and meetings."

Darwinists, atheist and agnostics, why not bow to the inevitable? We all know your ideologies are weak.  If you take exception to this, I suggest reading these articles:

Evolutionary gut feelings, "Belief in Evolution Boils Down to a Gut Feeling"

As far as the communist country of North Korea, Darwinism had a profound influence on communism:  The Darwinian foundation of communism and Darwinism and communism/Nazism

Posted by 15 questions for evolutionists at 5:30 PM