Evangelical Christianity is rising in the UK. Demographic data points to upcoming reversal of secularism in the UK. No English speaking country will be safe for Darwinism 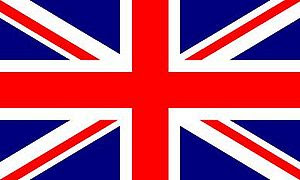 Darwinism will be crushed like a tin can in its UK birthplace due to: demographic trends such as immigration and the higher birth rate of religious conservatives plus the Question Evolution! Campaign.

A 2012 report shows that evangelicalism is rising in the UK: UK: The rise of evangelicalism is shaking up the established church ( Please read this article or you will have difficulty understanding the rest of this article).   Generally speaking, Christian evangelical immigrants from developing countries in Africa and areas such as Latin America are often apt to be creationists.

If you don't understand what evangelicalism is or what biblical (theologically conservative) Christianity is I suggest reading these articles: An evangelical "litmus test" and  The slippery slide to unbelief  and Loving God with all your mind: logic and creation and Evangelicalism -Theopedia and  Why Conservative Churches Are Growing: David Brooks and the Limits of Sociology


...African Pentecostals are the fastest-growing denominations. “In Lewisham, there are 65 Pentecostal churches serving the Nigerian community, and others serving the Congolese, Ghanian and Ivorian communities,” says the report. It adds, “perhaps the most significant change has been the growth of Pentecostal and charismatic Christianity within migrant populations, particularly those from Africa and Latin America.”

This trend of increasing Christian migrants has not gone unnoticed by religious observers. Dr Joe Aldred, secretary of the Minority Ethnic Christian Affairs section of the Churches Together in England (CTE) tweeted on @joealdred : “At national Church Planting Consultation. Didn’t know so much going on planting new churches. Christianity making a come back in Britain?”

England is the motherland of Darwinism and atheists tend to be the most vocal defenders of evolutionary belief. Eric Kaufmann, a professor at Birkbeck, University of London, using a multitude of demographic studies argues in an academic paper entitled Shall the Righteous Inherit the Earth? Demography and Politics in the Twenty-First Century the decline of atheism in terms of its global adherents is an established trend that will persist for the foreseeable future and the rate of decline will accelerate. In the Western World, which includes the UK, due to immigration and the higher birth rates of religious people, Kaufman writes: "Committed religious populations are growing in the West, and will reverse the march of secularism before 2050."

Our Question evolution! campaign group will have a UK outreach 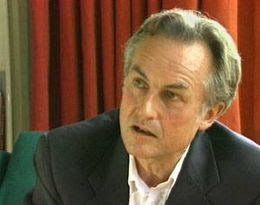 A member of our group does an awesome Richard Dawkins imitation so it should be a lot of fun spreading the campaign in the UK.

It really is an exciting time to be a creationist and the time is ripe for a grassroots anti-evolution campaign like the Question evolution! campaign.

A collection of our articles on European creationism

Atheism
Posted by 15 questions for evolutionists at 3:16 PM