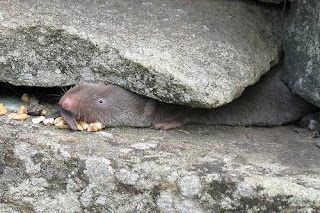 The National Center for Science Education (NCSE) is a pro-evolution advocacy organization which promotes the idea that evolution be taught in schools and no competing ideas be taught such as intelligent design or the scientific evidence for biblical creation.

The NCSE is going to be between a rock and a hard place due to a strategic blunder on their part. Their strategic miscalculation was due to pride and underestimating their creationist opposition. Specifically, the NCSE has decided to enter into the man-made global warming debate as far as what is being taught in schools. Now they are in a two front war and now their resources will be split.

Why did the NCSE decide to enter into a two front war?

Why did NCSE decide to enter into a two front war? Recently, the creationist organization Answers in Genesis has seen a big slow down in raising funds for their Ark Encounter exhibit which is life size replica of Noah's ark. The weak American economy has made fund raising more difficult. In addition, due to some manpower issues related to sickness which have been resolved, the Question evolution! campaign initially got off to a slower start than expected, but things are now moving much more rapidly. In addition. perhaps the NCSE thought that if the opponents of the man-made global warming paradigm were to prevail, perhaps it would embolden the anti-evolutionary paradigm forces as well. Creation Ministries International has decided to not make any definitive statements on what side of the global warming debate they are on. Of course, this has enabled them to focus on the creation vs. evolution battlefront.

As a result of the recent competitive landscape described above, the NCSE thought it would be safe to enter into the global warming debate fray and fight a two front war.

Pride cometh before the fall

But was it safe for NCSE to enter into a two front war? No it wasn't. This is a classic case of pride, overconfidence, and underestimating the opposition. In short, pride cometh before the fall. By the end of February of 2012, our Question Evolution Campaign group will have finished studying two recent classic works on gaining internet publicity and other types of publicity. Of course, implementing the material in these books will be a big boost to our efforts in February and March. In addition, by the end of end of February or March will have made major inroads in establishing alliances with other creationist and Christian organizations. Plus, we will soon have some Question Evolution! Campaign man-on-the-street videos plus some great tools on spreading the campaign. By the end of the first quarter of 2012, we expect to have significantly more momentum. By the end of March the third quarter of 2012, the campaign should have a lot more momentum and be our way to being a creation evangelism juggernaut.

NCSE, batten down the hatches! A perfect storm is headed towards the SS Evolution

NCSE, I hope you enjoy your two front war! The creationist front is going to be a far tougher battle front for your organization. Batten down the hatches of the SS Evolution because the Question Evolution! perfect storm is heading your way.

Creation Ministries International is inoculating young people against Darwinism. Let's break the back of Darwinism!

Title of picture: Between a rock and a hard place

License: This file is licensed under the Creative Commons Attribution-Share Alike 3.0 Unported license. see: http://creativecommons.org/licenses/by-sa/3.0/deed.en
Posted by 15 questions for evolutionists at 9:08 PM

Email ThisBlogThis!Share to TwitterShare to FacebookShare to Pinterest
Labels: creation evangelism and the Question evolution campaign