The atheist and evolutionist PZ Myers' strategy of running away from debates with Creation Ministries International and Vox Day is producing an embarrassingly meager harvest for Myers in terms of his public profile and his attempts to expand the global atheism pie in the marketplace of ideas (see the article: Will PZ Myers debate Vox Day? And, on the “Question Evolution” campaign). 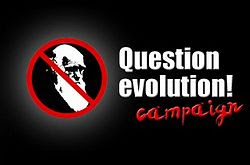 Will Myers evolve a backbone and attempt to take on the 15 Questions for Evolutionists of the Question evolution! campaign in a formal debate? Lately, the atheist community has suffered from high profile publicity relating to its cowardice. For example, the British newspaper The Telegraph published an article in 2011 entitled Richard Dawkins accused of cowardice for refusing to debate existence of God.

Global atheism is in decline, Global Christianity is expanding

In 2011, the American Spectator declared concerning research published in the International Bulletin of Missionary Research:


The report estimates about 80,000 new Christians every day, 79,000 new Muslims every day, and 300 fewer atheists every day. These atheists are presumably disproportionately represented in the West, while religion is thriving in the Global South, where charismatic Christianity is exploding.

How long will Myers watch global atheism die of cowardice and intellectual atrophy? Judging from his past and the past of his fellow atheists, global atheism will keep spiraling downward in terms of its international profile.

Quick update about our group

1. In the past few days, our Question evolution campaign group has considerably rebounded from the residual effects of flu/cold season which has considerably slowed down our pre-illness expansion in the size of our group.

Now that this chapter of illness in our group is largely closed, we now resume contacting the 160 plus creationist organizations in the United States and Canada plus contacting Christian bloggers and webmasters. We wanted to do this in December and January in a much greater way, but some of the key members of our group got temporarily bogged down via flu.

2. There has been a lot of excellent books published in the last 4 years or so on reaching audiences directly through the internet and various social movements in recent years have leveraged this knowledge. Although we certainly want to leverage the existing strengths of Christendom in terms of internet evangelism capabilities, one of the members of our group went on a buying spree of these type of books and is looking very forward to devouring their contents.

"Opportunities multiply as they are seized". - Sun Tzu

But of the Son He says, "YOUR THRONE, O GOD, IS FOREVER AND EVER, AND THE RIGHTEOUS SCEPTER IS THE SCEPTER OF HIS KINGDOM. - Hebrews 1:8

Posted by 15 questions for evolutionists at 4:57 PM