Gigantic blow to world atheism. China on course to become the 'world's most Christian nation' within 15 years. Desperate Chinese atheist government officials are trying to launch a futile church demolition campaign in response 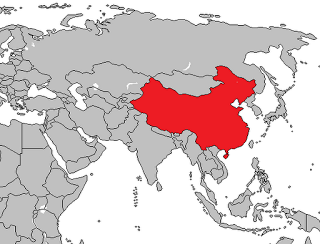 On April 19, 2014, The Telegraph reported about the explosive growth of Chinese Christianity: China on course to become 'world's most Christian nation' within 15 years

China's atheist leaders are so frantic and distraught that they are trying to launch a demolition campaign against Christian churches in response because they feel the growth of Christianity is "excessive".  Like that is going to work. Christian persecution will just fan the flames, just like it did in the Roman Empire. See: Chinese leaders trying to demolish churches

Yet, the above information is merely the tip of the iceberg.  For additional compelling information on why the above sources give a rather conservative estimate on how Chinese Christian immigrants and other Christian immigrants will overrun UK Darwinists in the 21st Century should Jesus tarry, please see: 10 reasons why biblical Christianity will flood the UK in the 21st Century

Below is an excellent film documentary on the rapid expansion of Christianity in China.

Considering that China currently has the largest population of atheists in the world, this is very grim news for militant atheists. And it just helps demonstrate that atheism is the weakest religion in the world - bar none!

For example, religious demographers point out that by 2025 all the world's major religions will see a growth of adherents except one - atheism!  Atheism is expected to shrink. See: Demographic projections of major religions  In the USA, only 30% of people raised atheists choose to remain atheists as adults.  See: Georgetown study provides two clues to shrinking atheism faster

Mr. Militant Atheist, if only atheism had proof and evidence it was true, like Christianity, then it would not be so demographically scrawny and intellectually weak! See:  Evidence for Christianity

The Cross, Jesus in China

Posted by 15 questions for evolutionists at 5:44 PM