Is the evolutionist Richard Dawkins a skunk that people want to quickly pass by? 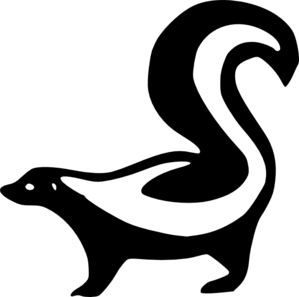 Is the agnostic and evolutionist Richard Dawkins a skunk that people want to quickly pass by? What is the trend of people liking and/or admiring him?

I will let you be the judge.

Web traffic of Richarddawkins.net according to Quantcast (click graph for details):

Repeat visitors to richarddawkins.net vs. people who are merely passers-by the website according to Quantcast: 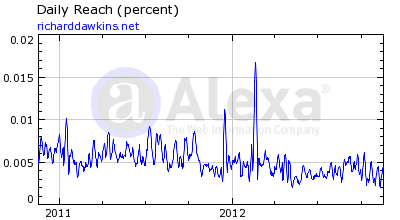 Comparison to website of Creation Ministries International which is Creation.com

Web traffic of creation.com according to Quantcast (click for details)

Repeat visitors to creation.com vs. people who merely passers-by the website according to Quantcast:

Overview: Decline of atheism and the rise of biblical Christianity

Global decline of atheism/agnosticism and the rise of Christianity

Additional Evidence for Christianity
Posted by 15 questions for evolutionists at 8:32 PM