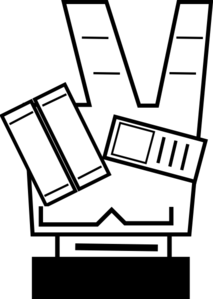 "Why do the heathen rage, and the people imagine a vain thing?" - Psalm 2:1

Today an evolutionist whined to our Question Evolution! Campaign group about the inevitable total victory of creationists over Darwinism which is coming.  He did this via a blog comment to our article entitled 5 strategies to collapse Darwinism

Why he is complaining is anyone's guess, but I think I adequately surmised the primary reason for his complaint.  It certainly wasn't a legitimate complaint given the total inability of Darwinists to satisfactorily answer the 15 questions for evolutionists

Here was complaint of the evolutionist:


So you want 'total victory' over Darwinism, such that no one believes in evolution any more? Despite the fact 'Darwinism' isn't a religion, isn't trying to remove this belief something that one of those authoritarian regime like Stalin or Mao were trying to do? I mean in both of those regimes the government sought to disallow people from believing in Christianity or whatever they believed in. Don't you come from America where no matter how stupid and loony your beliefs are, you are still entitled to believe in them? I mean taking you for example, despite how ridiculous your beliefs are, I'm pretty sure most western atheists would argue that you should be allowed to believe in them. Don't you see it as kind of hypocritical to seek the 'world collapse of Darwinism', when you condemn the actions of others who persecute and prohibit the belief in Christianity?   - Hobbes Cobain

Our Question Evolution! Campaign group's response is given below

1. Darwinism is a religion. And you don't have to take my word for it. You can take the word of a fellow Darwinist who is an atheist and one of the leading philosophers of science.

2. Second, Darwinism is taught through the state and it has become a state religion.

3. Historically, Christianity has triumphed over state religions. For example, the state religion of atheism in the Soviet Union. Also, the roman god of the Roman Empire. To my knowledge, nobody worships Zeus anymore.

Plus, the religions of atheism/evolutionism are shrinking in the world while global Christianity/creationism are seeing explosive growth:  Christianity and biblical creation belief are experiencing tremendous growth

"Don't you come from America where no matter how stupid and loony your beliefs are, you are still entitled to believe in them?"

Given the barbarous behavior of Darwinist in history and the tactics they have used to try to suppress biblical creation belief, I really don't give out personal information to evolutionists. See: Evolutionary belief and Nazism/communism and Expelled: New movie exposes the persecution of Darwinism doubters by evolutionists

Also, there is fair degree of religious freedom in America and we want to improve things by removing governments from subsidizing the religion Darwinism via the indoctrination of school children.

I am not advocating this be done through violent means but through peaceful means instead. I think you feel threatened because you know that the false religion of Darwinism is bunk and it will end in the future.

6. Just because someone has the legal right to do something, doesn't mean that they should not be persuaded to stop doing something. Cigarette smoking is legally allowed, but that doesn't mean it is beneficial to people.

You need to get used to the idea of Darwinism having to compete in the public square of ideas without the benefit of state indoctrination because that day is coming. See: Darwinists, start thinking the unthinkable

Evolutionists, atheists and agnostics: What is your master plan to reverse your decline?

Why do the heathen rage?

Posted by 15 questions for evolutionists at 7:24 AM