The Creation and Earth History Museum and the Question Evolution! Campaign are teaming up! 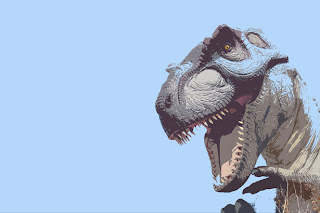 The The Creation and Earth History Museum in Santee, California (San Diego, California area) and the Question Evolution! Campaign are teaming up to take a dinosaur sized bite out of evolutionary belief!

The Creation and Earth History Museum currently has a large amount of visitors each year and has aggressive plans to increase their annual visitors. The museum, which is free to visit, is very impressive and very educational and they offer a virtual tour of their museum. Creation museums can have a big effect on reducing the amount of evolutionary belief in a large geographic area. For example, see what a big effect creation museums had in Alberta in our post about Canadian creation museums.


Dogmatic atheists and evolutionists, we know that you cannot answer the 15 questions for evolutionists so it must be very mentally debilitating to see the grassroots Question Evolution! unfold before your eyes - especially since you want to continue your sinful lifestyles. Plus, a key ally of evolutionism is atheism and global atheism is shrinking and it is expected to shrink at an accelerated rate. So-called "liberal Christianity" is shrinking too! It must be so sad to be an evolutionist and/or atheist.

Faster, stronger, higher! We're not stopping. We are not giving up. Get used to the campaign evolutionists because it is not going away and it is expanding.